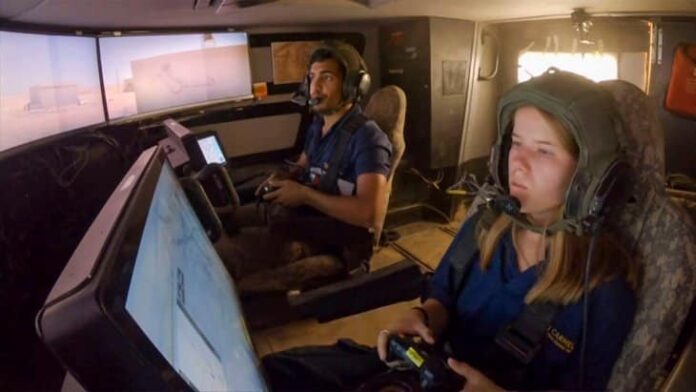 According to a report on Washington Post, Israel is developing real tanks which operate on Xbox controllers, and with mechanics similar to the ones that are seen in video games.

The Israeli Carmel is like any other ordinary tank from the outside with usual features. The insides however, are a completely different story. The report states that the interior of the tank is filled with equipment which are usually “found in the bedroom of an average teenager.”

The insides of the Carmel consist of tablet-like devices which can be used to see the speed of the tank along with the updated map of the area. The devices can also be used to switch weapons in the tank.

The steering, shooting weapons and several other functions of the tank are done through a simple Xbox controller, which makes controlling the Carmel in the real world almost the same as controlling a tank in a video game. The driver can see the outsides through a panoramic screen fitted towards the front.

Now to sum up the things – a player sitting in his room playing video games while staring at his monitor and driving a virtual vehicle with a controller is exactly the same as a driver controlling the Carmel.

This is no coincidence either, this tank was specifically built for the Israeli Defense Force’s active-duty element, which typically consists of people from the age of 18-21, the report says. “Any teen or 20-something who enters the hatch of the Carmel will likely feel familiar with the environment, thanks to video games.”

Israel Aerospace Industries (IAI) engineers and managers reportedly developed the system while consulting with teenage gamers whose opinions were utilized to fine-tune it.

Although, it is undeniable that the system indeed makes the handling of the tank more convenient, especially for gamers who are in their late teens or the early twenties. But the question still stands to an extent – is it the right move to make the act of killing more convenient?

Maybe the time has the answer, but if this step is successful in the future, it might only be a matter of time before we see many more of these video game elements being incorporated into actual warfare for the sake of convenience.