DHL, the world’s leading logistics company, has announced the debut of the ESL One Mumbai 2019 event as a part of its official partnership with the Electronic Sports League (ESL). ESL is one of the world’s largest esports company. They host and market esports leagues and events for many popular esports titles such as Dota 2, Counter-Strike: Global Offensive (CS:GO) and StarCraft II.

The much anticipatedESL One Mumbai event will give Indian players and fans access to an entire weekend filled with Dota 2 action from April 19 to 21, live at the National Sports Club of India Dome (NSCI) in Mumbai. Eight of the world’s best Dota 2 teams will be competing for a prize pool of approximately INR 2 Crore (USD 300,000). In addition to matches onstage, there will also be exciting fan activities, autograph sessions with the teams, the famous cosplay contest and much more.

R.S.Subramanian, Country Manager of DHL Express India, said, “As the world’s most international logistics company, we are delighted to support ESL One to deliver an enriching live experience to India’s esports community. ESL is one of the most revered tournaments in the world of esports, and we are excited that we celebrate the same values of speed, passion, teamwork, skill and can-do spirit. Through this landmark event, we hope to deliver a unique experience and play a part in the growing esports community in India.”

DHL will leverage its extensive global network and expertise to provide core logistics services for the event. Through this collaboration, DHL is pledging its support for esports, a sport that is rapidly growing in popularity around the world due to its top-tier entertainment value and active engagement of fans. In addition to the ESL One series, DHL is also an official partner of the Formula 1 esports Series.

“We are looking forward to bringing our flagship event series like ESL One to a completely new location as we see great potential in the Indian esports market,” said Ulrich Schulze, Senior Vice President of Product at ESL. “We are glad to have found such a reliable and open-minded partner in DHL, with whom we already experienced some authentic yet exciting activations at previous events. Together, we are eager to further foster the growth of local esports all over the world, providing teams, talents and fans with unforgettable moments.”

ESL’s numerous esports tournaments fill major sporting arenas all around the world as tens of thousands of fans watch live, while several million online spectators follow the action on social media and live streams. In 2018 alone, the ESL One series garnered more than 630 million live streaming views, almost 400 million social media impressions, and recorded an onsite audience of approximately 80,000 people. This number is only expected to grow further through an estimated global audience growth of 499 million by 2020.

India is currently home to approximately 263 million gamers, a number which is expected to rise to 628 million by 2020. The market is doubling every year and is expected to be worth $1.1 billion by 2020. This alone highlights the increasing trend and popularity of esports in India, especially among the age group of 16 to 35. Reports indicate that esports is also gaining popularity on primetime television as the gaming community is most active between 7 pm to midnight. 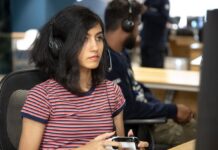