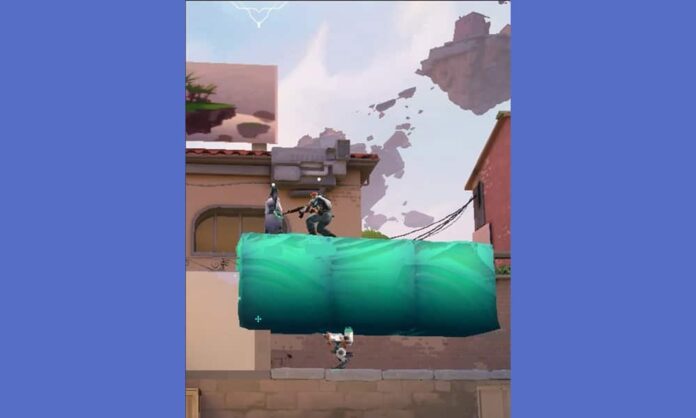 UPDATE: Guild Esports have officially released a statement claiming that they had “deployed an innovative use of abilities that was permitted.” They requested Riot to mark this incident as an “unintentional exploit”, and asked them to remove it from the game.

The European Qualifiers for Valorant First Strike served up quite a delicious dish for the neutrals.

David Beckham – owned Guild Esports beat G2 2-0 in the Round of 16 of the first qualifier, thus marking the exit of the favourites.

However, it was later adjudged that Guild Esports had used an exploit on Ascent, which they won 13-11, and were subsequently disqualified. This meant G2 got a forfeit win and proceeded to then 2-0 Ninjas in Pyjamas to secure a place in the Regional Finals of the said event.

The exploit in question was a combined use of Killjoy’s Turret and Sage’s wall, which was to be built on top of the former to increase the height by a fair distance. The player on top of the wall could easily watch the B main Entry hallway from the 1st lane to the site.

Liquid’s Valorant player Adam ‘ec1s’ Eccles proceeded to joke that ‘G2 (are) so good (that) even when they lose they win’.

Exploit apart, Guild Esports played well and it will be interesting to see if they can replicate their showing against G2 in the near future.