RuneScape, sometimes referred to as RuneScape 3, is a fantasy massively multiplayer online role-playing game developed and published by Jagex, first released in January 2001. Since its release about 19 years ago, this game is definitely one of those who have laid the foundation of the gameplay of today’s MMOs. Apart from laying the foundation is has also gathered a lot of noticeable achievements and world records during its course. The game which was developed by Jagex has kept millions of active players stuck to it, Thanks to epic events and a huge world which is constantly being updated in order to nourish the experience.

RuneScape 3 is also a must-have business for a developer and the company. So this game, this is an MMORPG not only focuses on player satisfaction but also provides monetary gain for Jagex. How did Jagex do it? Here’s a summarized brief explanation of some of the noteworthy strategies Jagex used to make more money.

RuneSpace runs on a subscription model where if one pays a monthly fee to enjoy the game. This business model was incarnated within the game back in 2002 and ever since until 2012, the monthly fee has been rising slowly little by little until in 2012 when Jagex decided to introduce a new complementary monetization model called as Sequel of Fortune.

Sequeal of fortune was a limited-time event where players had to spin the wheel and the player would win various valuable prizes of a noticeable amount of gold. The players also received a certain amount of free spins every day, it was also possible to obtain additional spins by completing certain tasks in the game, or you can choose to buy spins with real money.
Although, a considerable number of players were not happy with the system as the players who opt to pay would receive extra spins, which apparently turned the system into a pay-to-win environment in RuneScape. However, Jagex tried to defend this particular system several times, the controversy affected the game a lot and so Jagex decided to replace the Sequeal of Fortune with a similar system with little alterations called as Treasure Hunter in 2012.

The replacement of Sequeal of Fortune, Treasure Hunter event consisted of a system where players were handed a certain amount of loot boxes with having extremely rare items inside. In order to open those particular boxes, a special type of keys would be required which can only be obtained from a particular time to time, although those keys would also be bought with real money if wanted.

Treasure Hunter offered all kinds of attractive prizes, like XP lamps, extremely rare items that provide a noticeable deal in experience to its players which also could be used to turn up the pace of growing a particular skill within the game.

Treasure Hunter exists within the RuneScape even today and not to forget, last year, 50 promotions were made around the system which simply shows the level of importance of this particular system for Jagex. Well, being a little different than Sequeal of Fortune, Treasure Hunter received the same criticism for the possibility of buying the keys with real money. Those complaints were marginally less than the previous case. Jagex has known how to handle these scenarios, his systems are used even in today’s video games of all types.

Jagex introduced an event in 2018 called as the RunePass which was inspired by the battle pass.

The event ran for a timeline of two weeks and had a series of missions that needed to completed in that particular timeframe in order to obtain exceptional rewards. The RunePass has two routes, a Free Track and a Premium track. The premium which could be purchased with RuneCoins, a RuneScape cryptocurrency that could be purchased for real money. Although, the Free track of RunePass lacked noticeable rewards and soon the criticism was out for the same by players. The system was later replaced by Count Yakula’s Yak Track, which apparently solved all the problems of RunePass and tuned out a win on both the ends.

Not to forget, over the years a large number of parallel markets have emerged around Runescape items for RuneScape 3 which are usually presented in specialised web pages where a player can choose to buy RS3 Gold with real money.

These are only a few of the strategies that Jagex has used to generate profit with RuneScape. Not to forget, how hard and complicated it is to generate a model with which everyone is happy at the end of the day considering all aspects. Jagex has single-handedly won with achieving a model with an already massively popular video game like this. 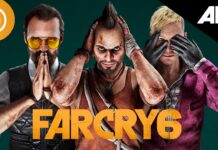 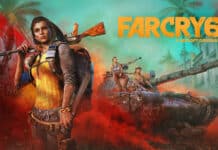 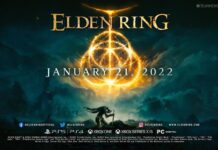 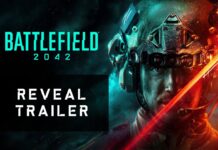 Prince of Persia: Sands of Time remake will not be shown during this year’s Ubisoft Forward