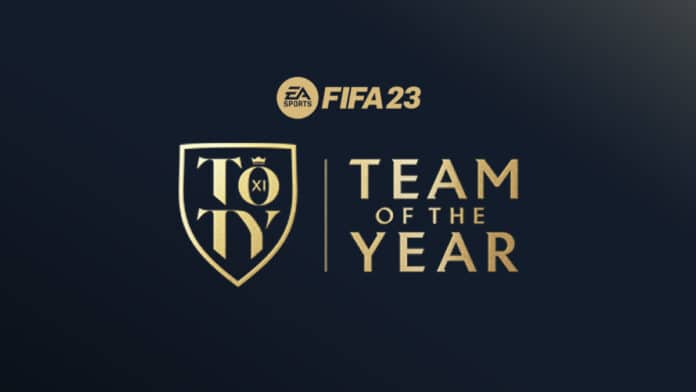 FIFA 23 Team of the Year or TOTY is undoubtedly one of the biggest promos of the FIFA franchise. The developers release special cards with massive upgrades as a part of the promotion. In this article, we are going to discuss everything you need to know about FIFA 23 TOTY.

In the FIFA 23 TOTY promotion, players get unique cards in recognition of their accomplishments in 2022. The promo has a number of contenders for the actual Team of the Year, and FIFA gamers may choose their starting lineup. These votes are then used to choose the squad.

The promo is hyped up and EA hasn’t released any official date yet. However, we think the FIFA 23 TOTY promo will be released around 16th January 2023 and it will go live around 20th January 2023.

Let’s take a look at the predicted XI of FIFA 23 TOTY: