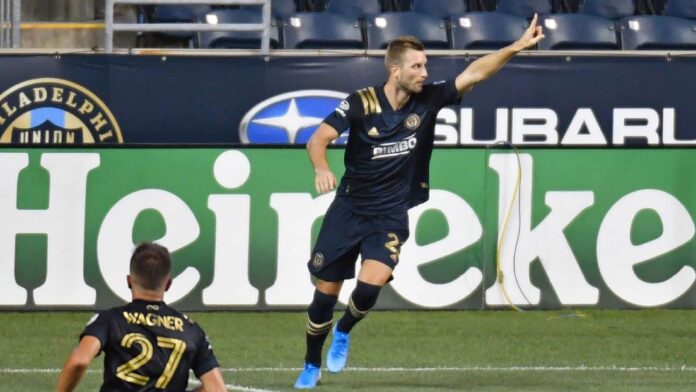 NEWARK, N.J., – Esports Entertainment Group, Inc. (NasdaqCM: GMBL, GMBLW) (or the “Company”), a licensed online gambling company with a focus on esports wagering and 18+ gaming, and the Philadelphia Union, Philadelphia’s Major League Soccer team, today announced that they have entered into an agreement to become the official esports tournament provider for the Union.

“We’re excited to further extend our reach into Major League Soccer through our partnership with the Philadelphia Union,” commented Grant Johnson, CEO of Esports Entertainment Group. “Traditional sports teams continue to incorporate esports into their programs, and we are quickly becoming the go-to provider for tournament solutions for this highly attractive market segment.”

Under the terms of the agreement, the Company will host tournaments for the Philadelphia Union on its Esports Gaming League (“EGL”) platform, providing new ways for the team to engage its fans while demonstrating the crossover appeal of esports to traditional sports fans and organizations. Tournament prizes will be provided by Philadelphia Union and include team merchandise and one-of-a-kind experiences.

“Our team and Major League Soccer have been at the forefront of incorporating esports as a way to connect and further engage our fanbase,” said Jean-Paul Dardenne, Philadelphia Union Senior Vice President of Corporate Partnerships. “With this partnership, we are excited to continue to build on our success in esports and to provide another way for fans to connect to the team they love.”

“This is another great opportunity to promote esports and sports wagering while showcasing our brand to a large and engaged audience,” commented Magnus Leppäniemi, EVP Esports at EEG. “The rapidly growing interest in esports from the traditional sports community has been exciting development, and we look forward to providing these teams with best-in-class solutions, fortifying our leadership position in the market.”