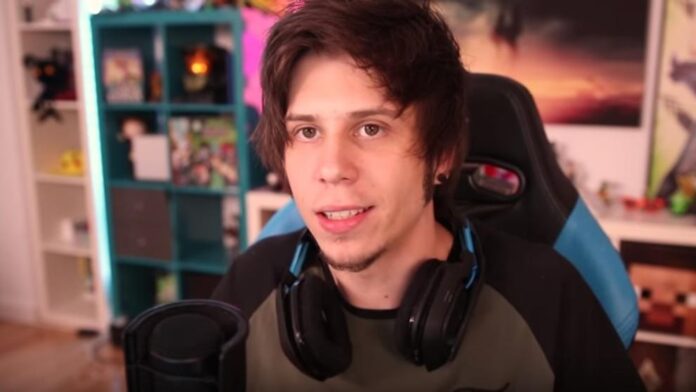 The biggest non-English stream on Twitch, El Rubius has been accused of copying LIRIK’s logo and the latter’s fans pointed out and forcing a discussion out of him during a live stream.

LIRIK has a longstanding relationship with Twitch, being one of their earlier streamers, he was developed a loyal and consistent fan base that sticks with him through thick and thin. One of those fans pointed it out to him that, El Rubius’s logo is somewhat similar, and that the Spanish-Norwegian streamer might have copied the concept in its entirety. The accusations flying around forced him to address it and fans were able to squeeze out a statement.

“This is his logo, but, like, I don’t know if I had my logo before. The thing is, my logo’s kinda like, it’s a f**cking smile, there are so many ways of looking at it. So it’s kind of like, whatever. I don’t really care. He’s probably a nice guy.” said LIRIK before acknowledging the massive following to the accused.

“There’s a streamer out there, Rubius, dude, his community is huge, I’m not even gonna- that’s like poking a f**king beehive. So I’m not even going to say anything,” he said while thinking better off than to pick a bone with Rubius.

The two logos have some similarities while some differences that stick out. On the surface, both shows a cat with a creepy smile, while Rubius’s one has a spikey fur, the other one has an overtly symmetrical look. One also can’t help but ignore the neon highlights across both logos. El Rubius so far hasn’t responded to the claims, which as it seems he won’t as LIRIK does not have a problem with him using it.