CS:GO is one of the most popular games on the planet. With time, various aspects of this game have flourished. Starting with Esports, the game produced some legends and for skins fanatics, it gave rise to a completely different market.

CS:GO has one of the largest pool of skins, with rarity ranging from a selective few to millions possessing a single skin. These skins are priced from some cents to thousands of dollars which gave rise to an entire community dedicated to trading items.

CS:GO skins are traded by thousands of people daily. Some players like to collect skins while some trade it for earning real money through profits. This barter system has a very large market and while trading, masses can come across problems like legitimacy of transactions and correct value.

DMarket is one of the biggest and legitimate places where one can be safe and trade skins at the right price. The website was formed in 2017 and since then, the user base is rising day by day. The marketplace claims that each transaction is secured by Distributed Ledger Technology and has more than 5,000,000 items sold transactions.

One of the biggest perks of using this website is the price comparison of skins available. The price tag for many skins are way less than Steam price and hence, those who are looking for some cheap skins can easily use this website to buy them.

Steam Community market is a legitimate marketplace for trading skins, not only for CS:GO but also for other Steam games like Dota 2. It is an official service platform offered by Steam and hence has a downside. The skins are priced at way more rate than what you can expect on DMarket.

For a good price, one can rest assured about their safety and hence trade skins to their heart’s content without being afraid.

The subreddit r/GlobalOffensiveTrade is a dedicated place on Reddit with almost 200,000 members. The users who wish to have trade over social networks can head on to this subreddit. It has dedicated set of rules and moderators who overlook the transactions but there is no baseline set of prices and hence it can be very successful or devastating based on the offers you get.

Another downside to this trade is even through all the stringent measures taken to avoid scams, the possibility is never nullified. To be able to make a post on this subreddit, the users have to register for a GoTrade Pass.

Skinbaron is a German website with many good reviews. This marketplace offers various rare skins and claims to have instant payouts, mainly through Escrows. The prices of skins are lesser than steam markets but much more higher than DMarket.

The main downside to this website is that, the credibility is not assured and hence be cautious before making transactions.

CSGO-skins.com is a reputed website with thousands of players trading daily. They claim to have more than 2.7 million players and paid out a total of upto $3.4 million till date. The skin prices are fairly similar to Skinbaron but higher than DMarket.

There is a feature called as upgrade skins on this website. By using it, you can upgrade your old skins to something better ir newer gun skins. Although it is much better to sell old and buy new skins than upgrade the skins.

Head to any of these five marketplaces and trade to your heart’s content. Each of them have reputed number of users and trades, although Steam Market is the only legitimate website. The users seem to be satisfied with these sites and each of them has their own advantage and disadvantages. Pick one which suits you and get ready to trade. 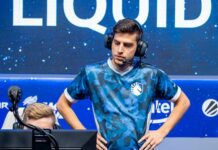 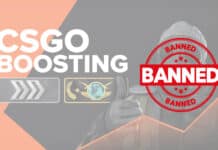 How to report someone who is getting boosted in CSGO?