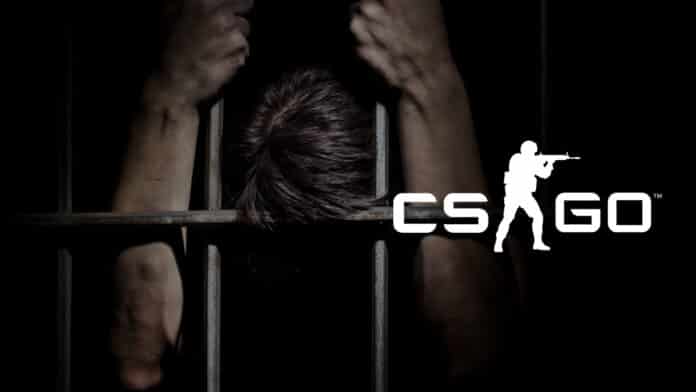 A CSGO player has reportedly been jailed on account of an “In-game cosmetic theft” involving a knife worth $1400 in the Czech Republic.

There are quite a few different knives on CSGO. They can be “unlocked” the same way you unlock normal gun skins. Also when you unlock a case, you stand a chance to get one through that though the probability is close to decimals.

The most common way is to purchase one on the steam marketplace. The prices do vary depending on the type of knife, quality of the knife, and the textures/patterns on it.

The better the quality and the more colorful – the more expensive. Collectors are willing to pay significant sums for the unique design.

In the Czech Republic, a knife scam in CSGO can make the person suffer imprisonment of upto 8 years. Recently, a trader was caught when he tried to scam another’s knife worth $1400.

He had previously paid him a deposit of $190 but failed to clear the rest once he received the item from its owner.

The latter then reported this incident to the local police who acted with zero room for error after the scammer was sentenced to jail. Lately, crimes in the Czech Republic are being considered massive dealings due to the ongoing COVID-19 Pandemic.

The incident was too reported by the National Television channel where CSGO player Tomáš Bílek added,

“These are the rarities that are the most valuable for collectors. It’s just the appearance of the thing that is being used, it’s not about the functionality in the game.”

Also, Pilsen police spokeswoman Veronika Hokrova said in an interview, “He received around $190 deposit and the rest was supposed to be paid during a meetup. But until this day, the injured man hasn’t obtained the full amount.”

We really do hope this incident keeps every kind of scammer at the bay across the globe.