Counter-Strike: Global Offensive was released on 21 August, 2012, as a successor to CS: Source and CS 1.6 in the Counter-Strike series. While both CS 1.6 and Source saw a tremendous amount of success back in the day, none of them can come even remotely close to the popularity that CSGO has achieved by 2020. On this eighth anniversary of the release of the competitive shooter by Valve, let’s take a moment to reflect on the growth of CSGO through the years.

Despite the current success of CSGO, the initial years of the game were a bit rough. It struggled to impress the fans of the Counter-Strike franchise and the professional players alike. People started complaining about awful mechanics, game-breaking bugs and especially about the overpowered molotovs present in the game during its release. Luckily, this stage of the game was rather short-lived.

Soon after the repeated complaints, Valve started shipping out huge updates to the game with the aim of fixing the flaws the game had. Consequently, CSGO started getting picked up by tournament organizers and big tournaments were being conducted with humongous prize pools.

From then on, it was pretty much an uphill climb for CSGO, as the game started rising in popularity with every passing day. More and more tournaments were being organized, and soon CSGO cemented its place among the legendary esport titles the gaming world had ever seen.

One of the major factors which fueled the rise of CSGO was the billion dollar skin industry revolving around the game. The implementation of skins to Counter-Strike was unprecedented and gave players a new ambition for playing the game. More and more skins started being released over the years and despite several scandals on skin gambling around the year 2016, the player base of the game continued skyrocketing.

The next breakthrough of CSGO happened from late 2019 to early 2020. The Operation Shattered Web released in November 2019 was not only the first operation the game had seen in years, but also delivered a plethora of new stuff for players to enjoy. The implementation of new agent skins and introduction of pearlescent finishes to skins bumped up the player count of the game by a considerable margin.

Towards the beginning of 2020, the world had entered into a quarantine due to the ongoing COVID-19 pandemic. Needless to say, that combined with the Shattered Web heavily lifted the player count of CSGO, which continued shattering one milestone after another in the steam charts. It didn’t take long for CSGO to reach 1.2 million concurrent players in the month of May 2020 – an all-time record in Steam to this day.

With the quarantines across the countries gradually getting lifted, the popularity of the game also took a fair hit. The current peak player count of the game stands at 900,000, which is still undoubtedly good when compared to other modern video game titles. Another reason for this decline in player base might be the challenge thrown to CS by Riot’s new tactical shooter – VALORANT.

Valve has continued to show their love for CSGO by shipping out frequent updates to the game. They have also taken aim at a better anti-cheat system through their recent “Trusted Mode” update, whose success will only be decided by time. 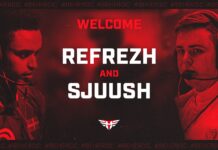