For the third time in 2019, we witnessed a Liquid vs Astralis grand final, and it was a grand final indeed. Two teams put their hearts and souls to win this tournament, with Liquid fighting for more than the prize money. Astralis coach Zonic felt that the veto went against him, he went to the extent to say that he felt like they were ambushed.

Vertigo was the curveball thrown at the Danes by Liquid. Liquid started their fight for the title on defense, although it was all Team Liquid on the first half, they faced quite some difficulties in keeping Astralis away from the bomb site. Often calling their stars to put up big plays to win rounds by the skin of their teeth.  Astralis only had a few moments to shine, one of which being a 3K from Dupreeh to break the streak of Team Liquid, but overall got dominated to an 11-4 scoreline in the first half. Astralis turned the tables once they moved over to the defense, they stitched together rounds after rounds to make a comeback, Xyp9x came through with a quad kill to hold the site, while Astralis were firing on all cylinders to level the score 15-15. Going into overtime, Astralis failed to manage any round while Liquid grabbed 4 rounds in a row to pick up their map with a 19-15 scoreline.

Nuke is the go-to map for Astralis against any team. From what we have seen, they are a step above the rest when it comes to Nuke. The Danes started their map pick on the Offense, although Nuke being considered as a CT sided map, Liquid managed to edge out Astralis by a single round to close the first half with an 8-7 scoreline favoring the North Americans. Stewie2k looked much refined in the second map, clutching a 1v3 with a Deagle. Elige was up to his usual tricks flanking Astralis in every opportunity he got, and his patience was rewarded when he gunned down 3 players to bring the round home. No matter how close of a contest the first half seemed to be, Astralis had Liquid’s number in the second half. Liquid started the half with 3 straight rounds but once the rifles came into play, Astralis had every step well-calculated enough to win 9 rounds in a row to close out the map 16-11, leveling the series.

Dust 2  was left over for the deciding map. Like Nuke, Astralis started out on the offense with Dev1ce in his apex form. His AWP was a constant nuisance for Liquid all over the map. Astralis didn’t give Liquid any opportunity to stabilize on economy. Reading their defense like book, the Danes grabbed 12 rounds on the offense. They looked much more seasoned from the previous two maps. Liquid didn’t put much of a fight to them although Stewie stepped up and grabbed a 3K on the retake to bring home 1 of their 3 rounds in the first half. Liquid lost the pistol round moving over to the T side but immediately came back to secure a round with a force buy which they followed up with a 5 round streak, and as soon as Astralis were able to break their momentum, the Danes caught that of their own to win 3 rounds in a row and close the map 16-8 and hoist the ECS Season 8 trophy along withh $225000.

Nicolai ”Dev1ce” Reedtz, the MVP of ECS Season 8 will be in action tomorrow for Astralis against Grayhound in ESL Pro League Season 10 and so will be Team Liquid against North. Two teams are guaranteed to face each other again on 12th December 2019 for the Blast Pro Global Finals in Bahrain at 21:30 IST. 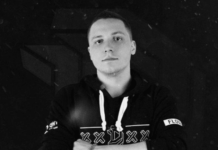 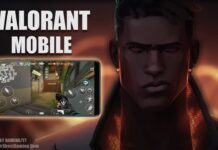 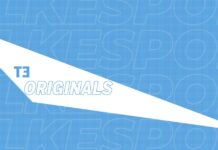