Apex Legends owns 15 characters after the release of Season 7’s Horizon. While each has its own strengths and weaknesses, there are three particular characters that really need some work. These three characters should be passed over when you are on the selection screen. If you form a squad with these three characters, you should probably expect to be killed on the spot.

Let’s start with the grandfather of Apex Legends. The Roulette Odds are not in the favor of this legend. Pathfinder was sabotaged by Respawn in Season 5.

The major changes to Pathfinder’s grappling hook made it not worth picking him. The update gave him a 35-second cooldown on the grapple, which was three times as long as it used to be. That was followed by a mini-fix in Season 6.

The developers tried to make the grapple have a scaling cooldown based on the distance traveled, but that was a complete failure and it actually resulted in longer cooldowns.

In Season 7, the scaling cooldown remains. On a positive note, it is much more forgiving to those who use shorter hops, but it still has a longer cooldown given the ability. The zipline ultimate is helpful in some areas, but there are other characters that can benefit your team. Not to mention, there are better characters that benefit you as the game player.

For a new character, Horizon is going to need some time to grow in the community. Horizon’s ability features a kit that revolves around gravity abilities. Thanks to her increased-air control, she is able to jump off great heights and fall with soft landings. The anti-gravity feature will also launch teammates into the air to get the high ground or catch enemies off guard. Her Black Hole features anyone into the trap and could set up potential damage inflicting moments.

Here’s the main issue with Horizon. She is a character that has great potential. Characters with potential don’t guarantee wins. The Black Hole is nice to keep other players trapped, but you still have to be able to hit your shots. Plus, they can still shoot at you, while in the air. Her kit doesn’t make her a game-altering character. Once the shine of the new character wears off, people will start to realize that.

Another original great, Wraith is nowhere near as powerful as she used to be. Season 7 saw wraith undergo a large amount of alterations. Her Phasewalk and Portal are great abilities, but her character is predominately used to get her team in and out of fights. For some of the same reasons as Pathfinder, using her portal is somewhat irrelevant, especially if someone is playing Pathfinder on your team.

Granted, the portal can be used at strategic moments and help save downed teammates. With the way that Apex is played in today’s society, there is more of a push for combat. Running away from the battle is not as appealing, especially with the addition of the EvoShields. That makes Wraith an unappealing play. 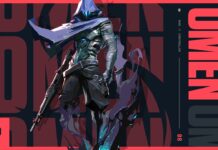 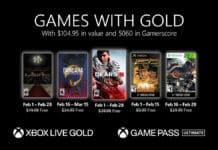