We sat down with Sabyasachi ‘antidote’ Bose and Debanjan ‘DeathMaker’ Das to talk about their move to Global Esports, the reunion, the regional scene and more.

TE: This was your last event together as Orgless Five. You guys toiled together without the support of an organisation and achieved so much. How does it feel to bid adieu to this?

antidote: This is the best stack India could ever get. In my eyes, the atmosphere within the team is the most important aspect. You may have 5 superstars in your team. But, if the atmosphere isn’t ideal, it all goes to waste. We were five friends who were having fun while also winning. It’s tough to now go our separate ways and play for different teams. It’s not the end though. Let’s see what happens in the future.

TE: Talking about sticking together, this Global Esports lineup sees the reunion of the JMD Gaming core.

DeathMaker: We had it in our hearts to reunite ever since JMD. Global Esports have finally made it happen. Hopefully we can recreate the chemistry we had at JMD. We had fun under Signify, which according to me was the best lineup I have been a part of.

antidote: I have seen DM and hellf grow in front of me, as a player and a human. I have seen their journey from up close. After I decided to join Dare2Dream, I had always wanted to play with these two. I wanted these two to come up and join me in the National scene. But, I just didn’t want to play together. I wanted to play together and win. I was waiting for them to grow their wings. Right now, I feel we are ready and I wanted to thank Global Esports for making it happen. Time to move forward now.

TE: You guys are shining examples of the talent the Bengal and North-Eastern scene holds. How good does it feel to represent your region on the National scene?

antidote: When I started in CSGO, the teams in Kolkata used to attend National events. But, we didn’t manage to get the best of results against teams from other regions. I decided to join Dare2Dream. It was a bold step but it is probably what propelled me to the heights I have managed to reach. I hoped I could be the example for other players from my region to be open to these moves. We used to think of representing the country at international events while en route to local events during our stint at JMD Gaming. I feel proud of our journey. They are both little brothers to me and I feel so happy for both of them. These guys are amazing.

DeathMaker: So I am from Silchar, Assam. I started out in 1.6 and back then, we used to move out of the region for just one event mostly, Edge – The annual Techno India fest in Kolkata. I know anti from back then. Silchar’s scene is close to non-existent. Like antidote, I also took a bold decision to come to Kolkata to play for JMD Gaming. That led me to the place I am right now. We had fun at JMD. anti was only with us back then for just 3-4 months. Me and hellf played together for over a year. I am very happy that we can reunite under the banner of Global Esports. Thanks to them for reuniting the three brothers.

TE: Talking about your lineup, there is so much versatility. You guys have three players who can AWP; everyone is good with rifles. What do you guys make of this lineup?

antidote: On paper, it is a strong lineup, We just need to create a play style where everyone feels comfortable. We are a work-in-progress. I believe the modern CSGO scene favours hybrid and fluid lineups. Each player in this lineup is capable of carrying the team and it is so important to have this in your bag. There is enough firepower in this lineup. We just need to refine our gameplay and style.

TE: Are the roles defined already within the team? What about the AWPing duties?

antidote: We are currently trying different things. The roles are yet to be set in stone. As far as AWPing is concerned, I prefer AWPing on the T Side and I am doing that. Karam1L is taking charge of the CT side. If we deploy a double AWP setup, we both AWP. We are trying to build a hybrid style where the fluidity of the game also plays a part in who AWPs or whether we AWP at all.

TE: Apart from the JMD reunion, you (antidote) are also reuniting with your Dare2Dream IGL HellRanger. Do you think it will be easier for you to fit into the lineup because you have already played under him?

antidote: It’s always fun to play with HellRanger. He is a very good IGL. We are having so much fun in this lineup. We’ve already bagged some results, winning the WESG Qualifiers, beating Pakistani team Gaming Hub in the decider. HellRanger is a good friend; a good teammate.

TE: Coming to you, DeathMaker, you received a lot of flack from the community for your choice to leave Entity for Global Esports. What do you have to say about that?

DeathMaker: I just want to clear something for the fans. Entity is a very good organisation and I have nothing but good things to say about my former teammates, who are friends outside the server as well. People have this misconception that he must have been lured by a better offer. But, that is not the case here. You can call it a childish reason but I really wanted to play with hellfightR. To the fans who are miffed about me changing teams, I understand you guys but I hope you keep supporting me here.

TE: We saw GoFigure relegate Entity and grab a spot at the ESL Masters to finally have a full Kolkata lineup representing the region in the big leagues again. How do you feel about the Esports scene in Kolkata?

antidote: I feel a sense of responsibility towards the Kolkata Esports scene, in general, thanks to the barrage of messages I get from fans and people asking about why there are no teams coming up from the region, in CSGO and in other Esports. I try and transfer what I learn through the National scene here. I love helping the region evolve. I feel so happy that GoFigure is now in Masters. They’re all friends and many of them were my teammates at one point. I also have future plans for the Kolkata Esports scene. I want to inculcate the Esports LAN culture in Kolkata, in PUBG (Mobile) and more. If we can thrive in CSGO now, we can do it in PUBG. We all know each other from LANs. I now want to bring in events in Kolkata so that the same happens in PUBG.

TE: North-East used to have one of the best teams within the Indian scene known as xM in 1.6. But, there has not been any iteration or any team for that matter coming out of the region in CSGO. You and McGiLLz are probably the only ones who have represented your region at the highest of stages in CSGO. What you think is the reason behind it?

DeathMaker: Half of the 1.6 players from the region left by the time CSGO came. They didn’t migrate. There were teams and good players initially. But, there are only a few players who are serious about doing some damage in the National scene. The scene is getting some exposure in terms of events. The thing is the players who are serious about the game will have to migrate to Kolkata or other regions if they want to do something in the scene right now. To put it bluntly, they run the risk of stagnating their own career and talent and not living up to their potential if they remain in the region, partly because there aren’t platforms that allow you to regularly compete against the best and the ones that are, there are other hinderances, like the lack of stable ISPs and more. There are some players don’t want to move but they don’t realize it is necessary to an extent.

TE: Any message you would like to people from your region?

antidote: To the gamers in Kolkata, you guys have the talent. Focus on improving your mentality; attend more LANs. Come out of your shell.

DeathMaker: To the people in North-East that want to make it big, come out, attend LANs in other regions. You guys need exposure to grow.

TE: Any shoutouts to the Global Esports fans, your fans, the scene in general.

antidote: Shoutout to Global Esports, my fans all over India. I also want to thank TalkEsport. Our connection goes long back. When I was starting out, they helped me get some exposure. They also have a tiny hand in where I am today. Keep supporting me and my team.

DeathMaker: Shoutout to the fans and friends all over India for supporting me throughout my journey. A huge thanks to Global Esports for the opportunity and to TalkEsport as well. 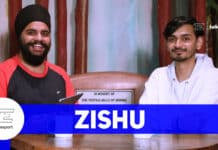 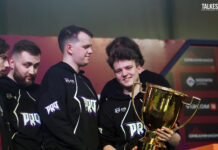