The community and the developers behind Valve’s Counter Strike: Global Offensive is doing a really tremendous job in making the game more interesting and better with every new updates along with special features.

Overwatch, a pretty useful yet inconsistent feature introduced by Valve which allows a randomly choosen reputed community member to decide and put a player under a ban period choosen by Valve. If you are here redirected from Google when you were looking for more details of Overwatch either you have been selected by Valve or mocked by friends for not. In either case you should know how Overwatch works and how gently Valve has introduced this feature to knockout in-game abusers.

Valve always has been master in keeping their features and updates in a very user-friendly manner and by now if you were selected you must have seen a ‘Download Evidence’ button right in the top-middle of your game screen where generally cool-down periods appear. Accepting to watch a game’s evidence and reporting the player, the whole of the process would take hardly 10 minutes of yours.

WHY I AM SELECTED? OR HOW DO I GET SELECTED?

It is pretty much unclear at the moment about how you will be the choosen One, having the power to put a ban on some random suspicious player. But yeah, the basic ethics of life, a) try not to be reported, b) be fair ingame, c) being an active community member on steam supports and forums is also a merit. Generally, the selection process in my opinion is based on how do you manage and keep your Steam account active. With a good account age and XP level and progresses based on the in-game missions, you might be the One.

HOW DOES THE PENETRATION WORK?

If you have downloaded and watched your demo previously, you would be knowing how the demo replay system works in CS:GO, you will be fast-forwarded to your own highlights while fragging and similarly Overwatching works. After downloading the provided Evidence, you will be headed towards watching the match in the POV mode of the suspect.

WHO ARE THE SUSPECTS?

Those who get reported by the co-players or when Valve finds out something suspicious on their account activity, and they come under scanner.

WHAT IF THEY ARE PROVEN GUILTY?

Valve trusts you, and that is why you have the case pending at your game-screen. If you, being a penetrator finds out that the alleged suspect was rightly accused, you can submit your report and Valve will take action against the account on the basis of your submitted report. Yes, you have the power of getting someone under a ban period or lifting the ban from a suspect. If you choose the option ‘Insufficient Evidence’, Valve dismisses the case.

WHEN I WILL BE GETTING MY NEXT CASE TO REVIEW?

This is a really interesting question, after reading all the answers above you might feel you are the Ban-Lord, but the story isn’t this way. After you decide to put the blame on the suspect and tag him as a proven hacker, Valve then proceeds the case to an experienced penetrator and if the decision of both experts matches, you get more Investigators Score (IS). After having a good amount of IS, your decision no longer needs another review and you get leveled up and stamped as a perfect Investigator and it’s very likely if you have made a right decision in your previous cases you get more fresh ones very often.

So, now you are an Overwatch expert theoretically I am personally getting fresh cases each time I relogin after submitting the reports of the previous one, not sure if it is a matter of happiness or should be really sad about the growing hackers margin. 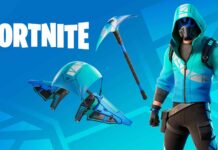 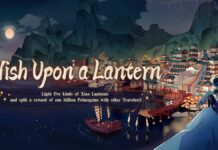 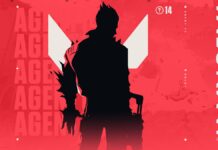