COD Mobile has completed its 12th season recently and now has begun the festive celebrations of winter season with a themed update. In this Season 13 update, the game has got wintery vibes with different events and modes which resemble the snow and chilly climate of this season. With the launch of this new season, the seasonal event have been changed as well.

As always, COD Mobile has made some new additions to its vast arsenal of weapons. These weapons have been released in the game via skins and other methods but the most common method to obtain the guns for free is via seasonal events.

In the new Run & Gun seasonal event, players have to complete eight tasks in the span of this season to successfully unlock the gun along with several other rewards in the process. The list of tasks is as follows:

How to get QCR SMG in COD Mobile

All of these tasks are self-explanatory and one has to complete it in any in-game mode of Multiplayer section. It is recommended to do these tasks in Death Match as the time taken for accumulating such large number of kills is significantly reduced due to continuous respawns.

After completing all of these tasks, subsequent rewards are awarded at each stage. The rewards offered at each stage also keep on increasing and the final reward will be the new QCR SMG with tons of Battle pass EXP points. The list of rewards is as follows:

By using this method and completing the seasonal task, players can get the new QCR SMG for free.

Also Read | How to get ghost Stealth Skin for Free in COD Mobile. 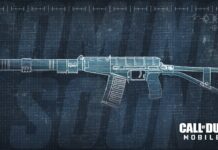 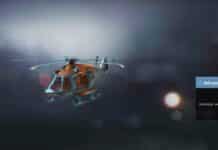