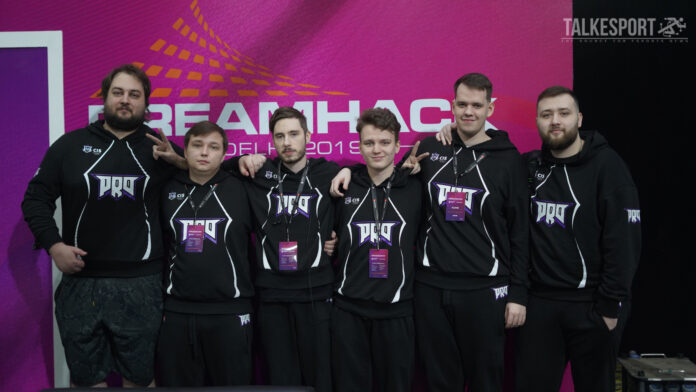 Pro100 beat YaLLa in the semi-finals with 16-4 in Vertigo and 16-12 in Inferno with YEKINDAR standing out as the match MVP dropping 50 frags across both maps.

In the final day of DreamHack Delhi 2019, the semi-finals kicked off with Pro100 taking on YaLLa Esports. Pro 100 picked Vertigo and YaLLa chose Inferno, Train was left for the decider. On paper, the map pool heavily favored Pro100 with analysts predicting a 2-0 victory for them.

Vertigo started with Pro100 on the offense, Dead and Remind picked up 2Ks each to be the first team to get on the board. YaLLa chose to go for a force buy in the 4th round but Pro100 made their way into the A site and got the plant when NickelBack killed 3 players to deny the retake. In the following round, wayLander picked off an ace with players rushing into his crosshairs with pistols. YaLLa Esports got their first round of the day in the next round when their players holding aggressive positions caught Pro100 players off-guard. dimasick and YEKINDAR were constantly getting entries into the sites which made the job much easier for Pro100 to build upon their hard work. Due to constant round losses, they never built a bank. YaLLa managed a full buy in the final round of the first half but Dead’s failed jump gave the man an advantage to Pro100 for free and they made no mistake capitalizing on YaLLa’s mistake to close the half (11-4).

Pro100 on the offense only needed 5 more rounds to win. YaLLa looked uncomfortable on Vertigo and the CIS team took every advantage of it. YaLLa rushed into the A site with glocks in the pistol round, although they managed to get the bomb planted but Pro100 were successful on a 3v3 retake to continue their winning streak.  YaLLa went for a force buy in the following round caught Pro100 players on multiple areas of the map and left YEKINDAR to clutch a 1v2 post plant situation, which he did by forcing both players to fight in a 1v1 situation, both which he won convincingly and had enough time to defuse the bomb.  In the 20th round, WorldEdit with the AWP went for a ramp peek and he got back with two kills in return, his teammates got the other YaLLa players across the map thus winning 10 rounds in a row to close the first map with a 16-2 scoreline.

YaLLa claimed to be confident in Inferno where they started on the offense. 3ARKOOZ’s double entry in Banana helped the pistol round go in their favor. The force buy from Pro100 did major economic damage but didn’t win the round for them. Pro100 came close to winning many rounds but  YaLLa were a steamroller, rushing into the sites and getting kills, their confidence was evident from their playstyle but only until the 7th round. The 7th round saw dimasick killing two players while WorldEdit and YEKINDAR killed one player each, YaLLa had no choice but to give the round up. YEKINDAR was firing from all cylinders as they dropped 30 bombs in the entire match and his first 3K shut down the A site take from YaLLa single-handedly The second 3K from him came in the 13th round where he killed two players pushing in from mid and one rushing down from boiler. In the final round of the first half, wayLander flanked YaLLa pushing through banana and caching players rushing in mid which got him a 3K of his own and close the first half with an 8-7 scoreline.

YaLLa put up a better fight than they did in the first map, despite Inferno being CT sided, they managed to win 7 rounds on the offense. Pro 100 went for a fast A short play in the pistol round where they managed to get a plant and put 3ARKOOZ in a  1v2 clutch situation which he won. YaLLa converted an eco with Five-Sevens and CZs in the 19th round which they won and took the lead for the first time in the second half. wayLander brought Pro100 back on board in the following round with a double entry towards banana and broke the bank for YaLLa. The eco from them in the next round gave wayLander a 3Kand equalized the scoreline 10-10, while the third 3K from YEKINDAR came in the 26th round to win the round as well as reach match and series point. Kheops showed little hope of a comeback as he grabbed killed 3 players coming into the B site given the fact that they only had two guns to play with in that round. YaLLa went for a fast A play to win and got the man advantage in while Pro100 player quickly rotated to mid and traded effectively to close the map with a 16-12 scoreline as they advance to the finals.