India’s largest mobile gaming platform Mobile Premier League (MPL) has announced the integration of the World Cricket Championship Rivals game on its app. WCC Rivals will be available on MPL’s Android and iOS platforms in the next 1-2 weeks.

WCC Rivals joins four other cricket and cricket prediction games on MPL’s platform in the thick of the cricketing season, in the run-up to the much-anticipated Indian Premier League (IPL) 2020. This addition makes MPL a one-stop-shop cricket gaming platform that gives users the chance to monetise their skills.

The game comes from Chennai-based Nextwave Multimedia, a renowned gaming and digital content developer, and is part of the immensely popular World Cricket Championship family. Nextwave claims to have over 100 million downloads across mobile platforms.

“I am very excited and glad to introduce WCC Rivals to the MPL family. Our users have always loved our Cricket games and I am sure WCC Rivals will do great on MPL given its 1-on-1 gameplay. We now have a total of five Cricket games on the platform and they offer our users a variety of gameplays including Fantasy, Cricket predictions, and skill-based digital gaming. We thought this was the right time to expand our Cricket games collection given the Indian Team’s recent excellent show on the field, and in the days leading to the IPL,” said Shubham Malhotra, Co-Founder, MPL.

“Cricket in the digital world goes much beyond just Fantasy. By getting one of the world’s biggest cricket games — WCC — we have given our users yet another skill-based game to monetise their cricket and gaming skills. As a platform, we are constantly adding games that our users want to experience,” said Sai Srinivas Kiran, Co-Founder and CEO, MPL.

WCC Rivals allows gamers to take each other on (1-on-1) in batting and bowling innings with their customised squads. The game is known for its smooth gameplay and award-winning game engine.

“We are excited to bring WCC Rivals to the MPL platform. We hope to see even more excitement from WCC fans as they can now monetise their skills in the game,” said PR Rajendran, Founder and CEO, Nextwave Multimedia.

MPL currently has more than 35 games on its platform and they range across sports and games like Cricket, Football, Basketball, Chess, Carrom, Pool, to Quizzing and skill-based casual games. The platform offers its 34 million registered users the opportunity to compete and monetise their skills across domains and genres. 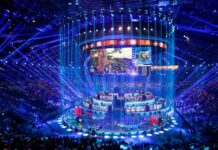 Esports in 2021: The Games and Trends That Will Define the Year 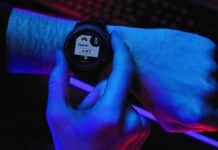 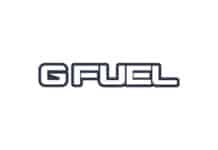 GameStop Is The New Wolf Of Wall Street