Hello everyone, welcome to my beginner’s guide for Teamfight Tactics (TFT)! In this guide, we’ll be going through the important information that you need to know being a new TFT player, so let’s get started!

TFT got released globally on 18th March 2020, it’s now available on the Google Playstore and you can play the game through a Riot account in one of the following servers: NA, EU, EU WEST, OCEANIA, LATIN AMERICA, etc.

What is team fight tactics?

TFT is an 8-player Free-For-All game mode (similar to Auto-Chess), where the last surviving player wins the game. Each player has their board where they strategize before going in a battle against other players with their teams of champions that they formed throughout the game. Your champions will automatically fight against minions and enemy champion teams in random order.

Each combat round, enemies will spawn on the opposite side of your board or your team will go to an enemy’s board. You can decide the position of your champions and where they will be present at the start of combat, but once the round begins; your units will be out of your control until the end of that particular round. Each round you survive will grant you gold, experience (sometimes item drops).

After each round, you’ll see a graph of the damage done by your champions from the last round. This is a great resource that helps you determine which of your champions are offering the most value to the team, and which ones must be repositioned, replaced or upgraded to improve their utility. The current stage of the game can be tracked using the bar given at the top, it also tells you about when the next Carousel or Boss round is.

How do you win in Teamfight Tactics?

The primary goal of TFT is to be the last player standing out of the 8 players. The entire game goes by accumulating resources such as items & gold and making crucial decisions to build a team of champions with different abilities, strengths & weaknesses.

Create your team with units that synergize, then they will be empowered with several buffs. Your team of champions will fight against the teams of the other players at random during the rounds. On a loss, your team will take health damage. When a player’s team runs out of health, they are out. Getting to top 3 counts as a win, so aim for that, although it can be very hard to achieve in the beginning.

Every 5 rounds, all players will teleport to the centre of the map where a small selection of champions will spawn, each carrying 1 item. Each player will get released from their restrictive circle to take their preferred champion by walking towards it. The turn order is based on the total life of a player, with the bottom players acting first and the top players getting to pick at the very last.

Some champions will, of course, be more highly contested/prioritized because of the item they are possessing & their overall value. Player with a lower life will get an early pick & can grab a crucial champion. You can read more about the carousel in this guide.

Every player starts with 100 health. You take damage if you lose a round based on the quality & number of enemy champions alive & with the amount of health at the end of each round. Losing a round by a close margin will only cost you a small amount of health, but if you get crushed and a lot of strong enemies are still alive after the brawl, you will take a lot of health damage. You can always see your health & of other players as well on the right side of the screen.

All the champions have a basic auto-attack as well as a special ability they can use once they reach maximum mana (see the blue bar on the champion for that). Champions get mana each time they attack an enemy champion. Some items can help increase mana gain or allow a particular champion to start with extra mana. Some abilities will get casted and then reset that champion’s mana to 0.

After you have picked your first piece and item from the carousel, you’re ready for your first battle! The first three rounds are against bot-controlled minions that are very easy to slay, they sometimes drop gold/item.

After your first round (PVE), the game really begins to open up in terms of constructing your team composition & making decisions. Form your composition with the right champions & item builds for them.

Creating a team around synergy is a core aspect of auto chess games like Teamfight Tactics. Usually, there are two types of synergies, origin & class and every champion has at least one of them (while some can have more than one).

After all the three minion rounds are over, Round 4 will begin and you’ll have player v/s player fights. There are three PVP fights before a carousel round, followed by another PVP fight, and then a monster event in the very end.

This pattern will continue so on until the end of the match when one player is standing while other players are at 0 health (however top 3 counts as a win).

The champions available to buy in the shop gets updated after each round, you can also spend your gold to reroll your shop to get a new set of champions to buy from.

In TFT, you get passive gold for free each round. The first few rounds, you’ll get increasing gold every round starting from 2 gold up to 5 gold per round. You get 2G for round 2, 3G for round 3, 4G for round 4, and 5G for round 5 and so on (G=Gold).

You also get bonus gold based on your win/loss streaks and interest. If you are losing or winning consecutively, you will get extra gold – in this pattern:

Managing your champions, economy, buying units, and assembling your team are really important but everything can go in vain if you don’t position your champions in the right way.

Make sure that your champions are at the right optimal places as much as possible as that will help you get the most value out of them and increase their chances of winning the battle.

In this guide, we’ve mentioned several times that you can get champion items by killing the monsters from the monster rounds or the carousel spin, so now is the time to tell you so as how to use them. In this segment, we will finally discuss how to make the best use of the items & why you should prioritize certain items over others – here are the main important points you need to know:

• A maximum of three items can be held by a champion.
• Once a champion has been allotted an item, it cannot be taken back unless you sell that champion.
• There are basically two types of items, basic and combined. Allotting a champion two basic items will automatically transform into a combined item.

Items granting basic stats like attack speed, health and so on. Having the right items on the right champions will greatly increase your chances of winning.

On Android, TFT requires devices with a minimum of 2GB+ of RAM, Android version 7 or newer, Open GL Version 3+, and a 64-bit OS. On IOS, the game supports iPhone 6S or newer. 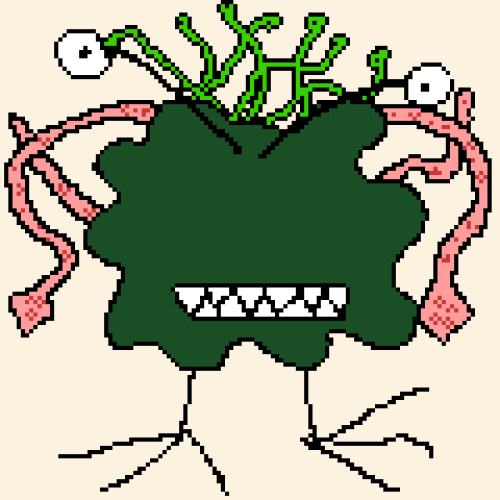