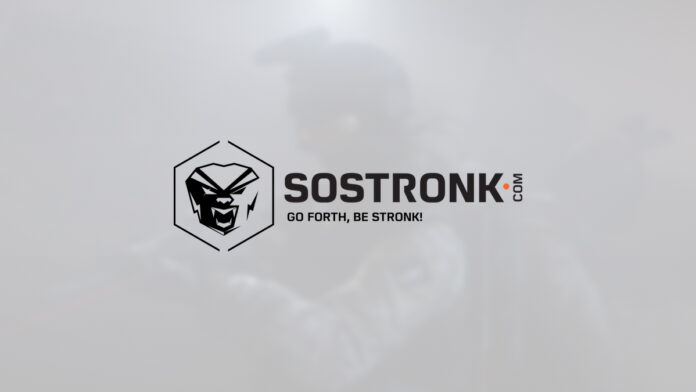 Sostronk has become the most populated CSGO matchmaking platform in the Indian scene and has been so for a while now. The Indian startup focuses on providing regional servers that prove to be better in terms of ping compared to FACEIT that do not have Indian servers yet.

But, there was a lot of pandemonium as Sostronk released their newest update along with the new-look app as part of the Sostronk 3.0 update. Along with an aesthetically pleasing app design and features, there were a lot of changes brought forth by the platform. You can take a descriptive look at all of the changes here.

Furthermore, Sostronk chose to release a rank reset on their platform in an April Fools update, with a new way for promotion or demotion of players in terms of the ranks that have been a part of the platform for a long while. You can know more about the April Fools update here.

We attempt to apply logic to the chaos and tell the users just why the update has a lot of positives and the allegedly negative factors also tend to move towards an overall positive.

Sostronk’s April Fools’ update saw every player’s rank on the platform being reverted to Silver Serpent. While many thought of it as a temporary thing and a joke, as days passed, the players have understood that the update is here to stay.

The update addresses many crucial points that have been plaguing the MatchMaking for a while. For instance, there are harsher penalties for lobbies that have 3 or more players queuing together, while there is a bit of leniency provided to Solos and Duos.

Their reasoning makes sense. Sostronk describe that they wish for the top rank Pugmaster to be ‘creme de la creme’ and that the current scenario does not reflect the same. It does not take a keen observer to know that there were too many players at that rank before the April Fools update.

Apart from this, the top 3 ranks have been made more challenging to achieve, which would mean a lower number of players achieving it. Keeping the ranks aside, relaxations have been introduced for Solos/Duos of the losing side, provided they have an IR greater than 1.4 times the average IR of the side, which would allow them to keep their Elo despite the defeat.

To add to it, the lowest performing player of a 3+ lobby will have to grind more for rankups compared to previous times, which is a good step towards removing lobby queue boosting.

There have been tweaks made to the Matchmaking queue, which might increase the said queue time in a step to be more accurate in terms of pitting players of similar ranks on both the sides.

All in all, the reset might be frustrating for some players who had to grind hard to achieve the rank. But, the changes made will give the Matchmaking system more of a competitive feel and the people who grind Solos or Duos will be able to reap the rewards going forward.

Also, harsh impositions on people getting carried by lobby members will prevent them from ranking up with the same pace as others.

There were times in between when Sostronk almost became a exclusively paid platform. But, it also oversaw a sharp decline in activity on the platform. Thus, there was a need to strike a balance in order to be able to sustain while also providing the Indian CSGO enthusiasts and pros with a platform to practice, improve and prevail.

Behold the tokens. Now, users will have to incur a token every time they join a PUG, a RUSH or create a Practice Event. Along with it, Sostronk introduced a Tiered Subscription System – Casual, Pro and Elite. A bird’s eye view will infuriate everyone, what with the Token System confirming the evolution of Sostronk into a completely paid platform. Also, the token distribution between the three modes for the Subscription Tiers was not ideal, as per the majority.

But, upon further clarification, it came to be that the Casual plan only facilitated the buyers with 30 PUG tokens. The other tokens provided for the RUSH and Practice Modes are mere incentives or freebies, if you will, as a bonus for people who buy the Subscription.

A major nagging point was that there was no unlimited plan. But, it was soon corrected by Sostronk, converting the Elite Tier to have an unlimited supply of tokens. Another bone of contention was that the users who had subscribed for a blanket period under the previously available discounted 1.30 USD monthly plan were converted to Casual, which meant they could play only 30 PUGs per month, despite there being no such caveat when they subscribed. Along with the users being privy to just 30 PUGs, the ping limiter was also a service not available under the Casual Tier, something that was one of the primary incentives to subscribe during the discounted period.

To remedy the situation, the aforementioned users were converted to the Pro plan, meaning they received 70 PUG tokens now along with the ability to use the ping limiter. Also, Tokens can also be purchased through the Marketplace by either using the Sostronk Points or through actual currency.

The lowest package consists of 5 PUG Tokens, which is available for just 0.20 USD or 10,000 Sostronk Points. While the Sostronk points rate is a bit on the high side, a rate of 0.039 USD per pug is more than ideal. Obviously, there are better packages, with, perhaps, the most user-friendly package being the 30 PUG Tokens, which has been made available for just 0.66 USD. The package provides the same number of tokens as the Casual Tier at half the rate.

Once the ranks are normalised, Sostronk plan to introduce a feature for Elite and Pro Subscribers that allows the said members to restrict their Matchmaking based on ranks.

A thing worth noting is that the purchased PUG Tokens have an expiry period of 60 days from the date of purchase, redemption or when they are credited in your account.

All in all, the Tiered Subscriptions are not something new and are a common occurrence on similar platforms like FACEIT and ESEA.

Sostronk users have been complaining about the lack of a policing system, a Trust Factor if you will, which is prevalent on all platforms including CSGO Matchmaking Service.

Sostronk Karma allows users to give a positive or a negative Karma Rating (+1/-1) to one of their teammates.

The only thing that can perhaps, be improved in the Karma factor is the addition of blanket reasons to support the positive/negative Karma given to the said teammate, much like the Sostronk PUG Rating/Review pop up that comes after you have finished a PUG.

There are perks/penalties for every Tier that one climbs towards having the extreme of a positive/negative Karma. The Tier 2 of the positive side allows the said users to apply Karma on two teammates while Tier 3 adds the ability to .kick a teammate. On the other hand, Tier-1 of the negative side disables the said user from giving Karma to anyone. Tier-2 forces the user to solo queue only while Tier-3 has a maximum of a 3 day griefing ban.

But, overall, the Karma factor eliminates the risk of wrongful use of the system to a great extent. While it cannot ensure complete atonement from the act of being matched with griefers, it makes sure the ones that do severely affect their teammates and the overall matchmaking are dealt with accordingly. A nice positive step to ensure more satisfaction to the users of the platform and to promote team chemistry.

In conclusion, Sostronk have improved their system massively through the 3.0 Update and the subsequent Matchmaking rank reset in order to provide a better experience on their platform. The perks added to the Tiered Subscriptions also make it a bit more worthwhile to buy for members of the platform.