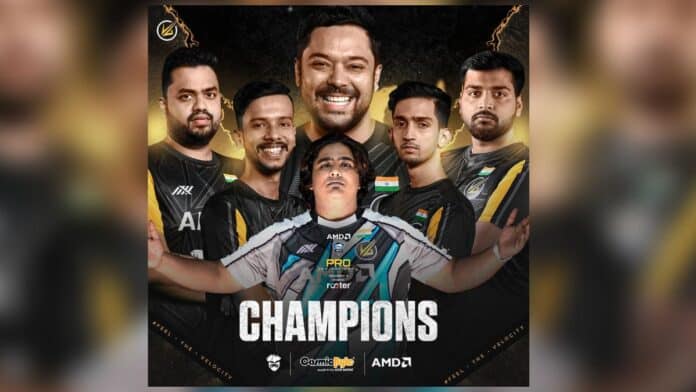 The Skyesports Pro Invitational 2.0 concluded today with Velocity Gaming one-upping Enigma Gaming to finally end their eight month long victory drought. The online tournament started with 12 teams taking on each other initially in the group stage.

The tournament’s playoffs had eight teams fighting each other in a double-elimination bracket.

The eight teams in the playoffs were:

Enigma Gaming faced Reckoning in the lower bracket, and despite losing their map pick, reverse swept Reckoning to win the game to reach the finals to face Velocity Gaming.

The finals started with Velocity Gaming on Breeze, held off initially, but Enigma’s attack overwhelmed the VLT defence to close the half 5-7 for VLT. Enigma continued their winning ways to finish the game 13-6 to go 1-0 up to play their map pick.

Haven had Enigma on the attack, completely decimating VLT’s defence to win the first half 9-3, but VLT on attack managed to make a comeback, winning eight rounds, but Enigma held off, in the end, to win the last three rounds to win the game 13-11 going 2-0 up in the series.

VLT, with a massive disadvantage, started the third map with a strong start but, towards the end of the first half, equalised the score to end the half 6-6. VLT, on the attack, though, went on to win six rounds in a row to close the game 13-7 to force a fourth map.

VLT completely dominated the fourth map winning the first half 9-3 as a defensive side. They continued this dominance in the second half to win the map 13-4 to force a final map.

The final map of Pearl started strong for Velocity, and VLT won the first six rounds, but Enigma answered with five rounds of their own to close the half 7-5 in VLT’s favour.

Enigma came back in the second half, reaching eleven rounds first. Still, VLT won the last three rounds of regulation to close the series 3-2, reverse sweeping Enigma Gaming and exacting revenge on them for the TEC finals loss.

With this, Velocity Gaming won the Skyesports Pro Invitational dropping only three maps.