VCT 2023 Schedule & Format Revealed: What You Need to Know 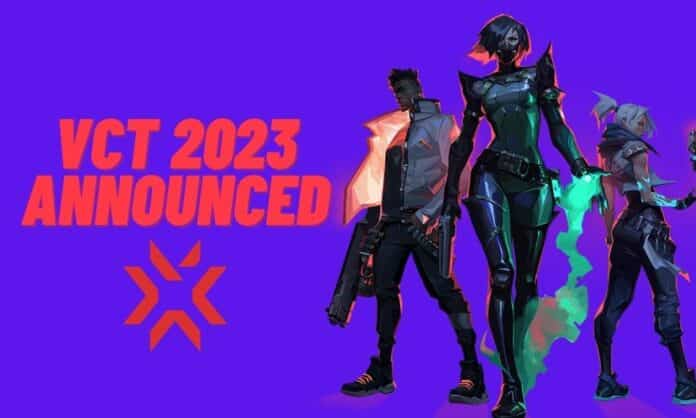 Riot Games has recently revealed its plans for the Valorant Champions Tour 2023, and it seems that the company has some significant changes for the upcoming VCT season. Let’s take a look at all the new changes unveiled by Riot that fans can expect to see in VCT 2023.

The heavily anticipated VCT 2023 will kick off in the month of February with what Riot claims will be “the largest international tournament in VCT history.” The tournament will be organized in Sao Paulo, Brazil, and will exclusively feature teams that have secured partnerships with Riot Games.

VCT 2023 will feature three regional leagues that only the partnered teams will be able to compete in.

The first international split is set to start in March, with teams across America, EMEA, and the Pacific meeting in Berlin, Seoul, and Los Angeles for LAN tournaments.

The best teams from the split will make their way to the second international event of the year, VCT Masters, where they’ll have a chance to secure a slot at the prestigious Valorant Champions 2023.

The Challengers Circuit will be running alongside the regular VCT 2023 to give smaller teams a chance to participate in the VCT 2024 season.

The first Challengers split is set to begin in January and the second will start in March. The Challengers Circuits will conclude with the Ascension tournaments in July 2023.