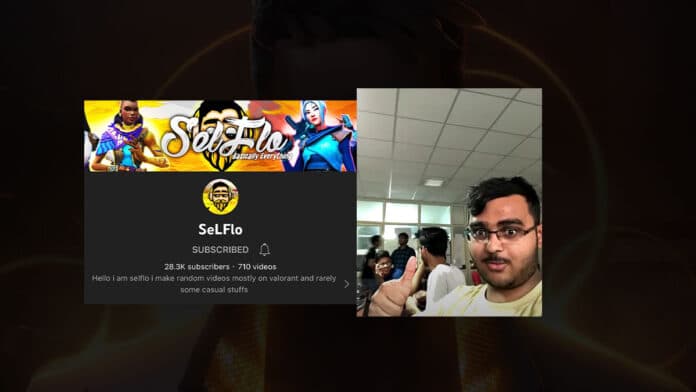 23-year-old YouTuber and Valorant content creator ‘SeLFlo’ committed suicide on the morning of July 21st after several years of suffering from depression.

The Information Technology and Management (IITM) Gwalior student, who lived in Telengana, India, reportedly ended his life at his residence by jumping from the top of the apartment complex in Hyderabad.

Before his death, SeLFlo posted a suicide note on his YouTube channel, which has now been deleted. He also posted a Tweet explaining his thoughts and everything that he went through over the past few years that led up to this point.

“I know my death won’t be remembered much sadly, that’s just what I have logically arrived at, for I am selflo, not a person but a news channel. No face but a voice, who loved to interact with the community and who genuinely cared about the community and not like other channels, who wanted to have a better life for the past 5+ years but couldn’t,” his note reads.

While his original video is no longer available on YouTube, reuploads of it made by some other users are still available on the platform.

Another popular Valorant content creator, ‘WestJett’, had tried to shed light on the issue and urged people to contact the authorities, but it was already too late by then.

WestJett later proceeded to raise awareness about mental health through a YouTube video, where he talked about some of the available resources that people could utilize if they were struggling with depression and other mental health conditions.