Riot’s Project A: Valorant may not have a set release date yet but the game is expected to arrive in the winter of 2020 for free download on PC’s. As per the latest news the game will be released with its own ani-cheat system which will monitor the player activities during the game and ban suspects.

This AI-based anti-cheat system will look at all the aspects, from investigation stages till the final decision whether the suspect is to be permanently banned or not. The cheats that are mostly used in FPS games such as wallhacks and aimbots have already been gone through and are already on the radar of this AI anti-cheat system. For determining the suspects, the player’s activities such as the frequency of the headshots and the ability to “predict” what’s happening outside the field of their vision will be closely looked at.

Any player who is found cheating or using hacks will be severely punished. However, these punishments are yet to be defined by Riot Games. Also what’s interesting is that this system will not only ban the player using cheats or hacks but will also temporarily prevent/prohibit that particular computer system from running the game again, to prevent the users from creating a new account and playing the game back again. Seems like Riot’s Valorant has everything planned for the players who use unfair means to get ahead in the game over the players who play the game fair and square. What’s your take on this? Let us know by commenting down below! 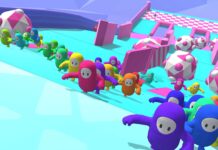