When the recently released map Icebox was added into the game alongside Act 3, the map had several clues about the upcoming 14th agent. The map had several easter eggs and samurai armour at A-site. The clues suggest that the developers are, at present, working on a samurai-based new agent. The alleged lab experiment and the hourglass pendant which exhibits “remember death” in Latin validates the rumours.

Based on the probability of a samurai-like upcoming agent, one of the many enthusiastic Valorant fans has taken an initiative and conceptualized an agent – Mamuro. On the back of “skins and radianite data”, u/VisiblePerson has created a fused agent. He further reiterates that Mamuro blends radianite technology and power.

The versatile initiator’s primary objective is to prevent initial aggression by agents such as Raze and Jett and also execute an offensive response in return. The user received mixed feedback from the community. While few complemented his concept and idea, the critics asserted that the agent was more suitable in games like Blizzard’s Overwatch.

The author introduced his concepted agent and narrated its abilities:

Risen from the ice and charged with the power of radianite, Mamuro summons lightning bolts on the battlefield and smashes enemies without hesitation. Blind your enemies with lightning and make you respect yourself in the form of thunder.

EQUIP a paper version of the map you are playing on. Select the place where you want to send lightning and press RMB.

EQUIP a discharge of electricity and upgrade different types of weapons.

EQUIP a blade of thunder and defeat enemies or destroy a projectile flying at you.

EQUIP a blade of thunder and sacrifice 50% of your health to transform into an electric demon armed with a blade.

The agent, by the looks of it, seems highly adaptable with abilities to halt enemies’ aggression while at the same time, Mamuro has a couple of formidable abilities to execute the sites. The concept behind it is highly rational and contemporary, however, several users perceive him ill-suited for Valorant. 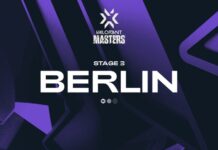 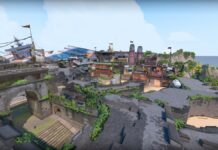 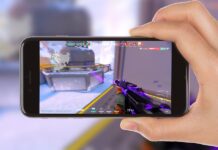