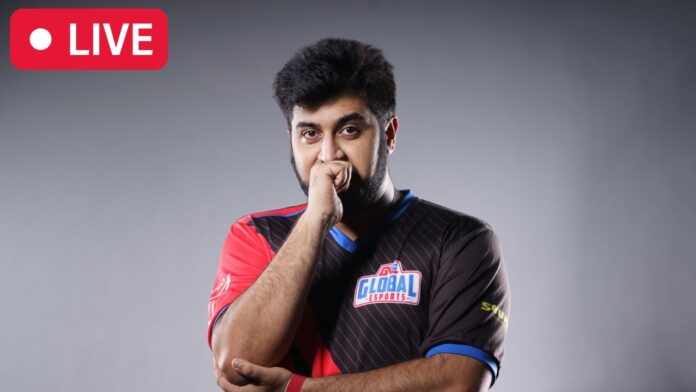 Global Esports CEO Rushindra Sinha has disclosed that Global Esports’ current roster might face Visa limitations if they had to bootcamp in South Korea.

On his YouTube livestream on December 2, Dr. Rushindra Sinha addressed some of the Valorant team’s difficulties. His webcast was titled “Change in plans….. Hurdles,” and he broadcasted it.

Riot Games confirmed the 30 teams competing in the Valorant Champions Tour (VCT) 2023 in September. The only team from South Asia or India to have successfully secured a spot on this list was Global Esports.

After the franchise team list was released, Sinha went live on YouTube to announce that the club would transfer to South Korea for the VCT 2023. Sinha announced in a November webcast that the organization would shift to its South Korean bootcamp by early December.

Sinha disclosed in this livestream that Global Esports’ professional Valorant players are having visa troubles entering South Korea and that the organization is searching for other bootcamp possibilities. After that, he addressed his audience, responded to their questions, and then disclosed the subsequent step that Global Esports will do.

Sinha mentioned in the 2nd December livestream, “As of the last meeting, we have been told once we apply for the E-6 Visa, which is the Korean work visa, the players will not be able to leave the country for six to eight weeks. It is similar to the USA’s work visa H1B. Once you are done with stamping, you can’t leave or enter the country.”

Citing the current Visa troubles, Global Esports might weigh upon striking off Thailand as their next plausible venue to set up shop. This could be achieved with the help of Skyesports India who recently inaugurated its office in Bangkok. A trip to Thailand was also teased by Mr. Shiva Nandy, CEO of Skyesports.

It was also stated that the team is considering visa-neutral bootcamp options due to travel limitations.

As a result, players would not have to be concerned about obtaining a work visa or anything else while they are practicing for the tournament that will start off the season in Brazil. Sinha also said the team will likely move to its South Korean bootcamp after the VCT 2023 Kick-Off Tournament in São Paulo, Brazil.