Riot’s competitive shooter VALORANT is steadily growing both in terms of popularity and as an esport. More and more tournaments are being conducted, and the professional scene revolving around the game is getting wider with each passing day. This steady growth is fueled by the fact that Riot had promised to deliver a world-class anti-cheat system for their tactical shooter. However, it seems like even the HWID bans aren’t nearly enough to keep cheaters at bay, as instances of cheaters ruining games have occasionally been surfacing in the last few weeks.

This time, it appears like these cheats have finally made their way to the pro scene, as a player with the nickname “Ryut” was caught blatantly cheating in the quarterfinals of TGS Signature series, a tournament with a prize pool of $2,000.

In this Twitch clip which has gone viral on social media, Ryut is seen playing for team Tokyo and holding an angle near double doors on Haven. However, as an enemy Reyna approached near, Ryut quickly turned the corner and his aim locked into the head of an enemy outside the door, and not to the enemy Reyna who was standing in plain sight next to the door. Ryut had no vision of the enemy he locked his aim on, rendering it impossible for him to lock on to his head without using cheats.

Since the incident, Ryut has deleted his Discord and Twitter. After receiving reports from players, Ryut has also been permanently banned from VALORANT. The HWID ban Riot delivers to cheaters implies that he won’t be able to play the game again unless he buys a new computer, a hefty price to pay for cheating in a video game. 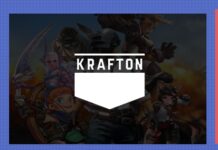