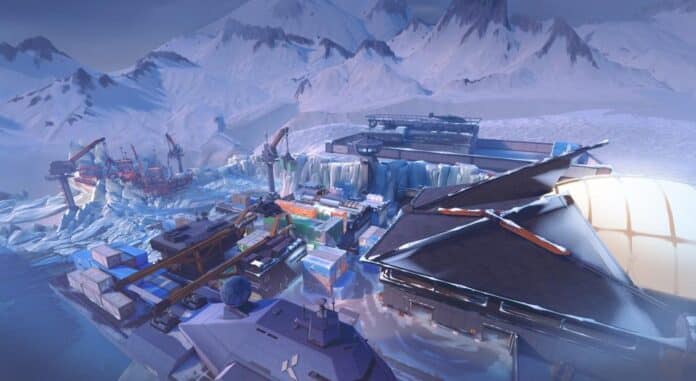 Game-breaking bugs have continued to haunt Riot Games’ competitive shooter Valorant since the dawn of the title’s release. While these game-breaking bugs and glitches are generally swift to be patched out by the developers behind the title, some of them often go unnoticed and proceed to create havoc in ranked games.

A new Jett Updraft bug has recently been found by Valorant players, and it can potentially wipe out entire teams if the enemy players aren’t cautious enough.

The glitch enables players to get to an otherwise unreachable spot on top of A-site of Icebox, and to replicate the glitch, players have to use agents like Jett or Raze, who can get to higher altitudes at ease.

When on the defending side, make your way to the top of 410 and use your Updraft (or satchels) to get to a glitched spot located above Pipes.

The glitched can be replicated at ease during any Ranked or Unrated games, and if the enemy team isn’t aware of the exploit, can easily end up in an Ace for the Jett or Raze.

It can also be used on the Attacking side to have an advantageous angle that no one will check, but the enemies can easily kill you since you’re not covered from any angles.

Remember that abusing bugs and glitches can get you banned in Valorant, so it’s advised for players to not use it when they’re in a ranked game. If you want to test the glitch out or see it in action, hop on to a custom server and try it out with your friends to get some hilarious reactions from your teammates and enemies alike.

Valorant is a 5v5 competitive first-person shooter developed and published by Riot Games in June 2020. It is currently available to play exclusively on PC, with a mobile version of the game currently in the works.