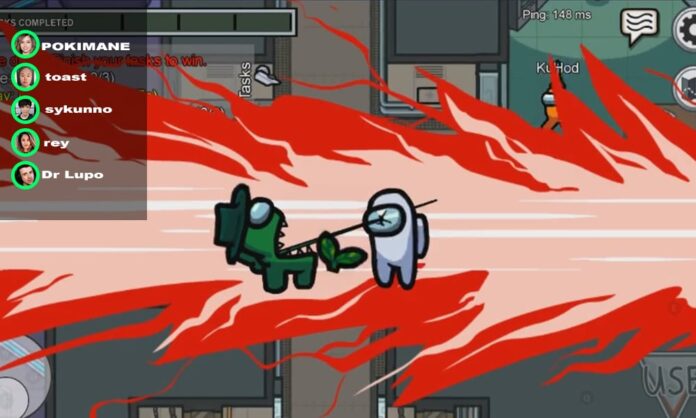 Among us is becoming very famous in recent days and has attracted people from all sorts of life to this game. The American rapper Soulja Boy has started to entertain his fans with streaming Among Us on his Twitch channel. While playing on the live stream, he makes a novice mistake that completely ruins his match.

Soulja Boy is a successful rapper and after his success in the music industry, he is trying to make a name for himself in the streaming industry. On his Twitch channel, he interacts with his fans while playing the popular game Among Us.

Among us is a game in which the imposters have to be creative and subtle with their techniques. They have to be stealthy and time the kills perfectly to win a game. Apparently, Soulja Boy could not do it which cost him the complete match in a funny way.

In a Twitch Clip, Soulja Boy was playing Among us with his friends and they were all sitting in a discord voice chat. He was the imposter and was on a roll with his kills. After a while, he interacted with his live chat and asked them who should he kill next.

Right after his statement, his friends had some giggles and immediately called an emergency meeting. Soulja boy entered into a fit of laughter realizing what had happened. He forgot to mute himself before interacting and gave away the information that he was an imposter.

This very novice mistake caused him the game and he was instantly ejected after the emergency meeting vote out. He tried to defend himself by making some excuses but could not escape with this act.

Such funny events cause Among Us to become a more enjoyable experience for the streamers as well as the viewers. Many famous personalities mess up between the games which ultimately becomes a joyous moment for their fans.

Recommended: Celebrities that stream Among Us