Rubino deputed as substitute for Astralis 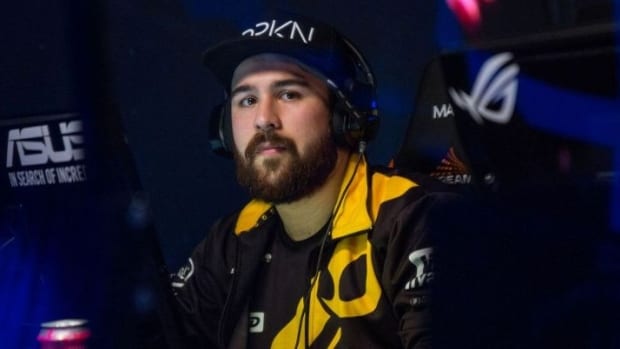 Astralis has announced that they will be using Ruben “Rubino” Villaroel instead of Nicolai “device” Reedtz for the upcoming LAN finals of ESL Pro League.

Since dev1ce is on medical leave, it was not decided whether Astralis will skip ESL Pro league finals because the Danish organisation was not allowed to use Dennis “dennis” Edman who was their Blast Pro Series stand-in at the event, the Astralis have decided to go with Ruben “Rubino” Villaroel to attend the tournament on their home soil.

Danny “zonic” Sørensen said in his official statement through Facebook.

“First of all, we look forward to playing and we will do our utmost to reach the playoffs in the arena in front of all the local fans. It was such a boost to have the home crowd behind us last weekend at BLAST, and for us it’s amazing to be able to play two big events on home soil.”

“The competition is fierce and I have to say that playing with our 4th line-up in the last 4 tournaments does not exactly increase our possibilities to prepare optimally and to find our rhythm on the team. That being said, I’ve had the chance to work with RUBINO before. He is an extremely skilled player, and it will be a great experience to have him on board for the coming events. We have had a great year, and we intend to finish the way we started!”

ESL came out with their official statement on the rules and rulings about certain cases, clarifying the difference between having dennis and Rubino play the ESL Pro League Finals for Astralis.

Although, since dennis played for GODSENT all the way until the end of the season, by playing his last match on November 12th, he was not allowed to be added to Astralis. The team was allowed to add a player that did not participate in the last match of ESL Pro League, and they decided for RUBINO. ( According to ESL’s Statement )

Astralis have also mentioned that Ruben “RUBINO” Villarroel will also play the upcoming ECS Season 4 Finals, that will be held in Cancun, Mexico, mid-December.