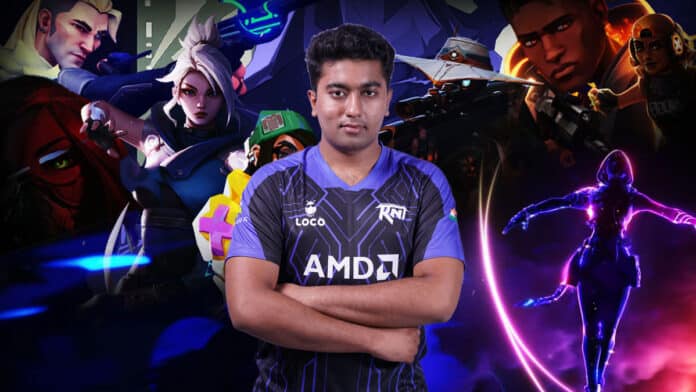 Revenant Esports, previously God Particles, is one of the Strongest Valorant Rosters in India. They were amongst the six teams in the recent South Asia qualifiers, i.e., Skyesports Champions Series, where they had a solid run in the group stage.

The team started strong and managed to take on the Giants of Enigma Gaming and Global esports by their horn, upsetting Global Esports and losing to Enigma Gaming in the last round. Both Enigma and Global went on to be the finalists in the event.

Despite their strong start in the event, Revenant Esports had difficulty converting their performance and failed to win in the playoffs, getting eliminated on the third day. Still, the team’s raw potential and the talent they displayed were genuinely tremendous.

Soon after their run in SCS playoffs, the team announced a partnership with AMD and Corsair and a player change in Scargod departing the team.

Yesterday they announced the addition of Shailesh “Blackhawk” Dalvi as the new fifth of the team.

Paradox was last seen playing with Team Valor, where they defeated all the other teams to become the winner of the Indian Qualifiers beating Reckoning Esports.

Paradox generally plays a sentinel but has been seen playing Raze in the new meta. He has played Cypher the most in the last 30 days and played Killjoy and Viper as the support agent. With the addition of Paradox and Blackhawk, it would be interesting to see how the new Revenant Esports would look.

In general six-man rosters have difficulty finding success with all the six members in rotation. One of the players might feel left out, which isn’t suitable for the roster or the player, so there are seldom active six-man rosters in Valorant or CSGO.

With the addition of Paradox, The new Revenant Esports would look like this:

With Rahul “HBK” Kumar still being the team’s coach, It would be fun to see how the new roster would work and what roles each individual would take, with almost all the players being versatile and flexible. The line-up sure does have a lot of potential.

Ahead of changing competitive ecosystem, For Revenant Esports to secure sponsors and create a well-rounded Valorant team is a good sign for Revenant fans and Valorant fans in India for General.