After the success of last year’s SEA Games, this year Razer has come up with “first of its kind” online tournament, The Razer Southeast SEA Invitational 2020. The tournament will feature esports athletes throughout the South-East Asian region and will be played out in an online-only format from next month, June 22nd with the Grand Finals set for July 3-5.

According to Razer, the SEA Invitational aims to prepare athletes and federations for the inclusion of esports in the 31st SEA Games in Vietnam set for 2021.

The tournament will feature three of the most popular games throughout the SEA region, including two mobile titles PlayerUnknown’s Battlegrounds Mobile and Mobile Legends: Bang Bang (MLBB) and only one pc title- Dota 2.

As for participation, only athletes that are officially confirmed by their country’s respective esports federation will be allowed to participate. Later athletes will be shortlisted for the main event on June 22nd through various qualifiers from May to June.

“We are excited to partner with a company such as Razer to create a platform for talents to shine. As a premier talent agency in Southeast Asia, we want to lead initiatives like the SEA Invitational to help develop talents to become Truly Top Tier.” 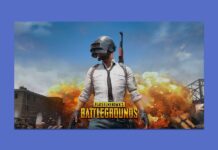