PUBG Mobile was one of the biggest hits in India and since the game has been banned for the last six months, the hopes for its comeback are slowly diminishing. Krafton announced the comeback of PUBG Mobile in India with its own localized version back in November but since then, no other details were officially revealed. After a long wait, a Krafton Inc. representative has finally commented on this issue and stated that the company is communicating with the Indian government to relaunch PUBG Mobile in India.

Mobile gaming was rising exponentially in India when PUBG Mobile became famous in the country and the region became one of the biggest markets for PUBG Mobile. When the IT Ministry of India decided to ban the game in September, PUBG Corp. and Krafton made several efforts to uplift the ban and within three months, announced PUBG Mobile India. This new version of PUBG Mobile was meant to be only for the Indian audience and was said to be launched last year but kept getting delayed.

The story of PUBG Mobile India came to hiatus for a long time as other details about this game were not revealed after the initial announcement and after a long time, Gemwire has discovered a statement within a Korean article where a Krafton representative claims that the company is in contact with the Indian government and is actively working to bring back the game in India.

According to a report by E Today which discussed the impact of the launch of FAUG on Krafton, they included a statement from Krafton officials which states, “We are constantly communicating with the Indian government to re-launch PUBG Mobile in India.” This statement has been translated from the Korean language so some details might be missing.

This can be considered as the first official statement by Krafton regarding the launch date or release plan of PUBG Mobile India. Apparently, there are still hopes of the game coming back in India.

Recently, Krafton announced a futuristic version of PUBG Mobile named “PUBG New State” and as expected, India was clubbed alongside Vietnam and China as the regions barred from the pre-registration process.

If Krafton is working to bring back PUBG Mobile in India, there are chances that PUBG Mobile India and PUBG New State both can be approved by the government in the future. 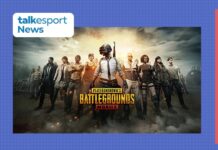 PUBG Mobile KR to be restricted for Indian players

PUBG Mobile India is approved by the Indian Govt: Godnixon 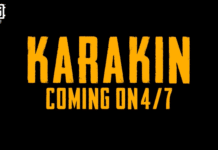 Karakin to be added in PUBG Mobile on 7th April