Creators of hit battle royale game PlayerUnknown’s Battlegrounds, Krafton, have reportedly hired Mirae Asset Daewoo to lead an initial public offering that is planned for next year. The IPO can potentially be South Korea’s largest ever debut.

According to reports from multiple local media sources, Krafton is one of South Korea’s largest companies and is valued at about $26 billion. The company is backed by Chinese tech giants Tencent Holding Ltd. who owned a 13.2% share as of 30th June, according to a regulatory filing.

A Maeil Business Newspaper report states that around $9 billion in stock may be sold in the sale.

PlayerUnknown’s Battlegrounds, popularly known as PUBG, is one of the most popular battle royale games in the world alongside the likes of Fortnite, Apex Legends, or Spellbreak.

The game rose to fame in late 2017, when it was played by popular YouTuber PewDiePie. A mobile version of PUBG was released shortly afterwards, which swiftly rose through the rankings in Google Play Store and found itself occupying the #1 spot in several countries. 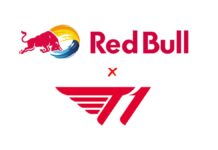