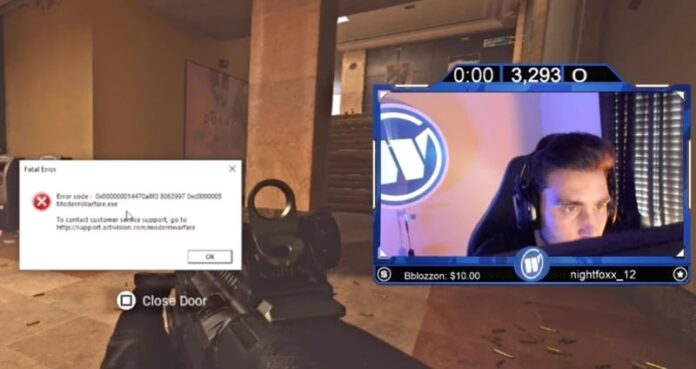 Cheating is an issue that has long been the Achilles Heel in an immersive gaming experience, and Call of Duty War Zone is no different. In fact, it is among the most vulnerable among FPS games. Now, what happened to Twitch Streamer Wagnificient?

A recent ban wave, introduced in one of its updates response to the influx of new cheats, caused the ban of popular Twitch Streamer Wagnificent. While at first, it seemed like a normal game crash, as was common following the update for reasons other than cheating, it became evident that he was cheating following a message that stated that Wagnificient had been permanently banned.

The recent ban wave, which wiped out 20,000 cheaters, was allegedly due to an application of EngineOwning, which was also installed on the system of Wagnificient. This is not the first time that cheaters have been banned on stream.

A month ago, McGolds, a warzone streamer, was banned after he forgot to hide his hacks. He later got banned from Twitch as well.

While new patches are being rolled out frequently, most of them address concerns pertaining to bug fixes, like unrecognizable PS Plus subscriptions or constant game crashes, this move will come as a pleasant surprise, especially with Season 6 being rolled out just recently.

The fight towards a cheat-free experience, while far fetched, is heading toward the right direction, with developers and publishers alike being more cognizant of the vulnerabilities.