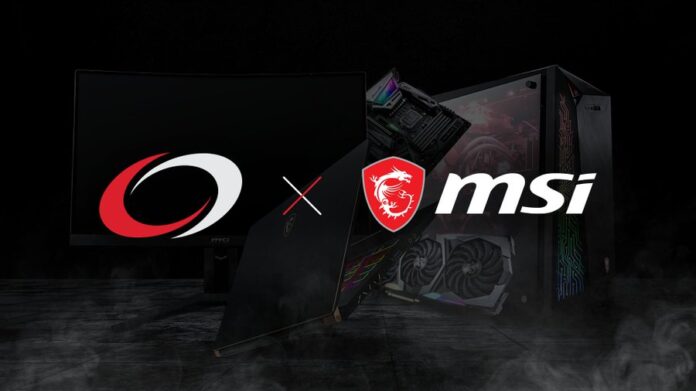 The hardware giant MSI have partnered with CompLexity Gaming as an official hardware partner. As a part of the deal, compLexity Gaming will exclusively use MSI’s hardware be it desktop, video cards, laptops and monitors. MSI hardware will be powered by high-end Nvidia video cards to avail maximum performance.

MSI will be retrofitting the GameStop Performance Centre, Complexity Gaming’s new headquarters, with MSI PCs, laptops, and monitors powered by NVIDIA technology. The two brands will also collaborate to create unique event and trade show activations that showcase the immersive qualities and future of gaming.

“Complexity and MSI have demonstrated an impressive track record of success in the gaming industry. MSI has a stellar reputation in gaming and this partnership will ensure that our players train and compete at the highest level with the latest and most powerful products, setting them up for long term success,” said Daniel Herz, Chief Revenue Officer and Vice President, Complexity Gaming.

Followed by Sam Chern, MSI Marketing VP saying “MSI is committed to the gaming industry, from offering the best gaming solutions to partnering with esports teams that share the same vision and determination. We are thrilled to join forces with Complexity Gaming and look forward to outfitting their elite players with the tools to train, compete, and shine.”

MSI’s hardware partnership will be helping the organisation to further improve their team’sperformance with every player getting hands on Nvidia powered high end systems. The GameStop Performance Centrewill showcase the latest advancements in technology, including eye-tracking, performance-based data analytics, collaborative digital content creation, and more. MSI products will also be available for fans to test and purchase onsite at Complexity Gaming’s headquarters.