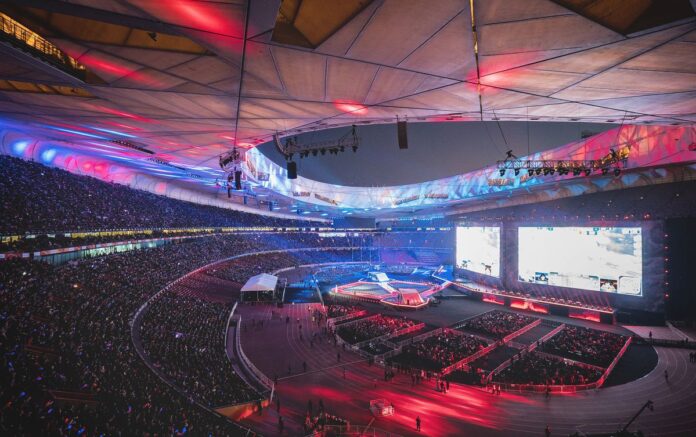 Riot reports that the 2021 League Of Legends Worlds Championship Finale broke all the past records and had 73.8 million peak concurrent viewers and an average minute audience of 30.6 million worldwide, including Chinese streaming services.

The Worlds 2021 brought a 60.33% increase in peak concurrent viewers over 2020 and dwarfed 2020’s year-over-year growth improvement of 4.7% in peak concurrent viewers, according to Riot Games and Stream Hatchet. Viewership grew by nearly 28 million peak concurrents year-over-year, even with other Chinese teams involved in the action in each of the previous three Worlds finals. In 2020, the finale between Suning Gaming and DWG KIA (known as Damwon Gaming) drew 46,067,896 concurrents viewers. Team DWG KIA won the game with a comfortable 3-1 score over Suning Gaming.

The Worlds 2021 saw the repeat of rivalry between South Korean Vs Chinese teams. This time a victory in favor of the South Korean team — DWG KIA, would have made them the second team to win back-to-back Worlds titles. But alas the Chinese team, Edward Gaming took the series 3-2 over the DWG KIA.

Riot Games along with John Needham, President of Esports, and Naz Aletaha, Global Head of League of Legends Esports, announced these stats at a press conference at the Chase Center in San Fransisco ahead of an NBA matchup between the Golden State Warriors and Toronto Raptors on Sunday. The game developer also announced the city locations for Worlds 2022 in North America, which were leaked on Saturday.