A supposed financial turbulence has hit Fortnite creator Epic Games after it allegedly failed to pay the winners of Australian Open Fortnite tournament. The controversy erupted when one of the winners LeftRightGN reddited the details of him and the other 20 players who never got the payment they earned.

The scale of the funds amounted accumulated close to AUD 185,000.

Further, when asked the company’s support center for a resolution, Epic Games denies their involvement in the event, asserting that Epic Games neither ‘sponsored’ nor ‘organized the event.

Although this fact can be challenged by Epic Games’ twitter itself, where the company was promoting the event. The company on Twitter gave a shootout to gamers in Australia and urged them to attend Australia’s biggest competitive gaming event ever.

This raised some eyebrows as the official tournament rules had a mention of the prize distribution. In exact words, ‘Prizes will be distributed directly by Epic Games.’

Contrary, a few players shared screenshots of receiving payments directly from Epic Games via PayPal put the company in a rather difficult spot. The company has not released any statement on these allegations yet. Perhaps, they need to prepare to pay off dozens of winners. 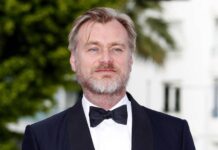