TSM addresses FTX’s Bankruptcy, says the organization is built on a solid foundation 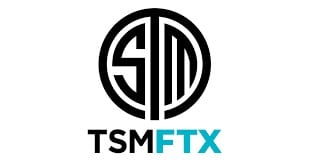 Team SoloMid (TSM) released a statement regarding FTX. FTX, a Bahamas-based crypto exchange, filed for bankruptcy on Friday after a rush of customer withdrawals earlier that week.

Following the bankruptcy filing of the industry’s dominant company, FTX has been causing a stir recently. After reviewing the company’s finances, the transaction that was initially reported to possibly involve a rescue by competitor Binance was found to be invalid.

Since then, the exchange has been accused of transferring hundreds of millions of dollars in assets under “strange conditions.” Meanwhile, the CEO of the site, Sam Bankman-Fried, has apologized to the users of the network for “ending up here.”

TSM bought the team’s title rights for ten years for $210m and became one of FTX’s sports and entertainment icons. The team was almost ready to grow, but given how things are going at FTX right now, it’s possible that those plans will have to be put on hold for the time being.

The attention of the esports community was focused squarely on TSM. The major North American organization negotiated the “biggest [deal] in esports history” with FTX, a $210 million, ten-year naming rights pact.

This message was given out to the media and fans earlier tonight by the corporation in an effort to get a head start on whatever is going to happen next.

“Along with the rest of the world, TSM has been closely following the situation surrounding FTX. We have no insight into the matter other than what has been reported publicly. We are currently consulting legal counsel to determine the best next steps to protect our team, staff, fans, and players.”

Considering the severity of the situation and the larger challenges facing FTX, an esports club is likely the least of their concerns at the time. However, it would not come as a complete surprise to us if they decided to just give up and cancel the association with the bankrupt company.

TSM will be unable to capitalize on the money they are due to receive for nine years, delaying any planned growth.

“To be clear, TSM is built on a solid foundation. We are stable and profitable and we continue to forecast profitability for this year, next year, and beyond. We look forward to a great year in 2023,” they concluded.