Ceb to stand-in for Misha, N0tail to coach OG at ESL One Stockholm 2022 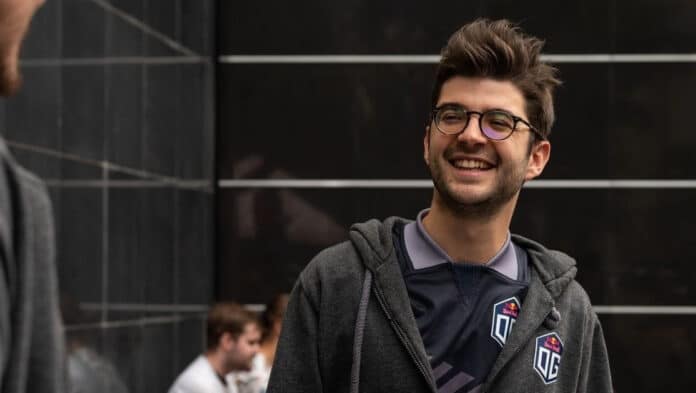 OG Esports have announced that Sébastien “Ceb” Debs will replace team’s captain Mikhail “Misha” Agatov on the main roster while Johan “N0tail” Sundstein will be on the mic behind the team as both Misha and head coach Evgenii “Chuvash” Makarov will miss out the Major due to Visa issues.

The announcement comes after just a day to the DOTA 2 Major which commences on May 12 in Stockholm, Sweden.

After completing their DPC Western Europe Tour on a high, Misha and Chuvash will be sitting out of the ESL One Stockholm Major with veterans in the faces of Ceb and N0tail making a return to the competitive circuit to fill in for the former although the former OG captain will be seen fielding the head coach role, previously of Chuvash on the active roster.

The duo of Ceb and N0tail were last seen together on the main stage at The International 2021 where OG Esports were unable to convert their TI streak into a hattrick, halted by Team Spirit in their lower bracket run who then went on to win the marquee event.

OG have been drawn in the Group A of the ESL One Stockholm Major alongside teams including Evil Geniuses, T1, and Tundra Esports. They will open their campaign against Team Beastcoast on May 12 at 15:30 PM IST and will play BOOM again on the same day at 18:00 PM IST.

OG Dota 2 will field the following roster at the ESL One Stockholm 2022.