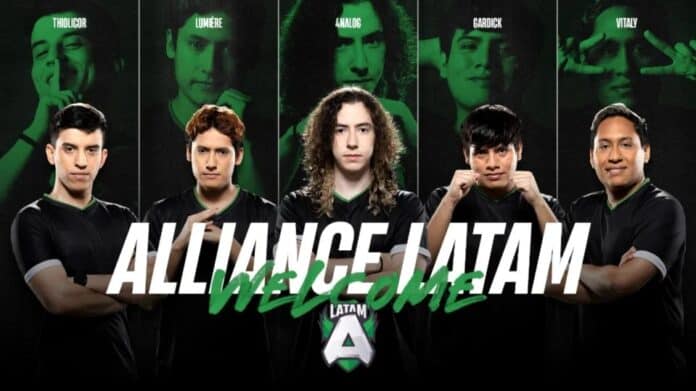 Alliance recently announced its 2023 Dota 2 roster, which featured gamers from Southeast Asia for the first time.

In addition to having a Western Europe squad full of unexpected surprises, However, Alliance plans to play in two regions during the 2023 Dota Pro Circuit (DPC) season, by recruiting players from Hokori in Alliance LATAM.

Along with Alliance, Evil Geniuses (EG) also expanded into south asia to field a Dota 2 roster for DPC Season.

After such a successful performance in the largest Dota 2 tournament of the year, Alliance decided to invest in the Hokori players and sign the team to make the second team.

The DPC rules don’t permit one team to be sent by one organization to TI therefore it is interesting to see how both teams compete across their own regions.

The expansion of Alliance to South America further cements the area’s increasing prestige after years of being overlooked.