Destiny 2 x Assassin’s Creed Crossover: All you need to know 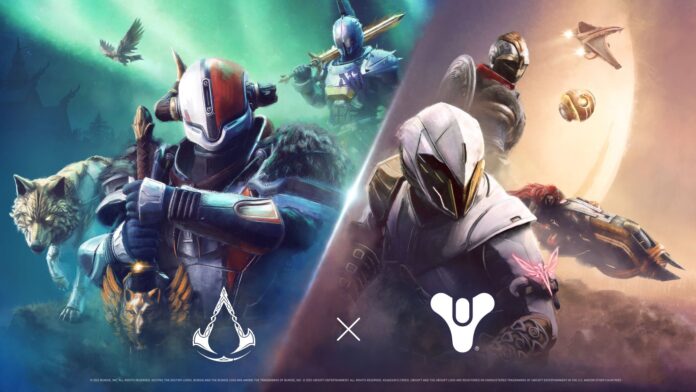 Developed by Bungie, Destiny 2 is a F2P online multiplayer FPS game. Assassin’s Creed, on the other hand, is a Ubisoft-published open-world action-adventure stealth video game title created by Ubisoft Montreal. Both developers have confirmed that the two franchises are going to have a crossover event.

Previously, Destiny 2 had crossovers with popular franchises like Fortnite and Warframe. However, we don’t see crossovers like Destiny 2 x Assassin’s Creed that often. As a result, the whole gaming community got surprised.

Prepare to take a leap of faith, Guardians. In partnership with @Ubisoft, worlds are about to collide with brand new cosmetics.

The collaboration between Destiny 2 and Assassin’s Creed is now official as both developers have officially confirmed the crossover.

The worlds of Assassin's creed and Destiny are about to collide.
Assassin’s Creed Valhalla and Destiny 2 Crossover Cosmetics: available December 6.

As the crossover is quite hyped up, we can expect some good skins in both games. Are you excited about the crossover? Let us know in the comment section below.