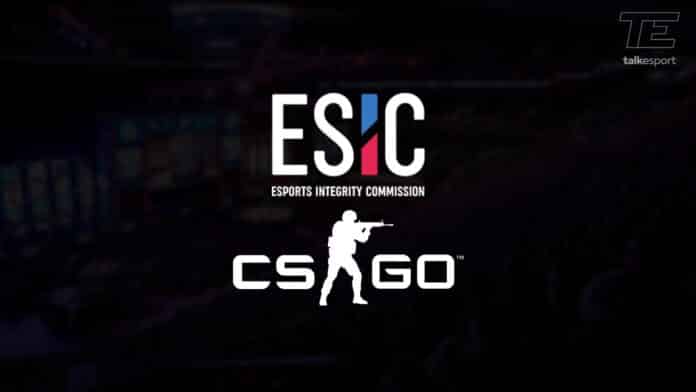 After two appeals, ESIC made the decision to recalculate how concessions were applied to coaching bans, but Valve did not follow suit and left their Major bans unchanged.

As a consequence of successful appeals from Nicholas “guerri” Nogueira and Alessandro “Apoka” Marcucci, the Esports Integrity Commission (ESIC) has decided to revise how ban reductions were computed when 37 coaches were banned in September 2020 for using the coaching bug.

During the first ban wave, “demerit points” were utilized to determine penalty lengths depending on the number of matches and rounds in which coaches experienced the problem. Concessions ranged from a 12.5% to 85% reduction of bans for those who confessed or aided with the inquiry.

As a direct result of this, Valve has since issued major bans to coaches who were complicit in the exploiting of the flaw. The CS:GO devs didn’t consider ESIC’s ban reductions, banning instructors based on demerit points.

While Apoka was banned from all Majors tournaments for the rest of his life, his ESIC punishment was cut by 85% from 36 months to just over six. Guerri was given a lifetime ban from all five Majors tournaments, although his penalty from ESIC member events was reduced from ten months to four months, a reduction of sixty percent.

This indicates that if Valve had used and used this system or if it were to be changed today after the fact, some coaches would have been banned from fewer Majors than they are currently. Alternatively stated, this suggests that if this system had been used and applied by Valve.

“ESIC has conveyed the results to Valve in the hope that the publisher would adjust their sanctions in line with the recalculation, but Valve’s initial response indicates that they will not make that adjustment. While this is a matter for Valve, ESIC has asked Valve to reconsider their stance,” the ESIC stated.

Although ESIC asserts that no coach has ever missed more Majors than they would under the new formula, this appears unlikely to be the case. According to our estimates, four players would have been unbanned after just one Major — PGL Major Stockholm — but their suspensions ran for at least another.

Following the adjustment, Apoka and guerri should only have 2 demerit points, meaning that their Major bans would have ended after PGL Major Stockholm — the first Major held after the ban wave — instead of never in the case of the former and after five Majors at the end of 2023 in the case of the latter. Alexander “ave” Holdt and Robert “RobbaN” Dahlström should have had their demerit points reduced from 3 to 2, unbanning them after Stockholm instead of after Antwerp.

If Valve were to accept the new calculations, a number of other coaches who got concessions would also have their major ban periods modified, including six more whose major bans are currently in effect: Allan “⁠Rejin⁠” Petersen, Nicolai “⁠HUNDEN⁠” Petersen, Mariusz “⁠Loord⁠” Cybulski, Alexey “⁠NooK⁠” Kozlovskiy, Ricardo “⁠dead⁠” Sinigaglia, and Erik “⁠AKIMOV⁠” Akimov.

According to ESIC, Valve has decided against following suit and altering the bans, maintaining the same standing lengths since their introduction in early 2021. This decision was made by Valve. The monitoring organization has requested that the developers reconsider their decision, but it is highly doubtful that they will do so considering Valve’s unwavering commitment to their ban policy in general.

The press release was issued at a period when ESIC had not yet published their complete findings on the other usage of other variations of the spectator bug. Luis “peacemaker” Tadeu, Sergey “hally” Shavaev, and Rafael “zakk” Fernandes were the three coaches who were suspended by the watchdog after it was revealed that nearly one hundred more coaches had been affected by at least one of three variants of the bug.

However, the watchdog only suspended these three coaches because they were going to be participating in the upcoming PGL Major Antwerp. Since then, the suspensions placed on peacemaker and zakk have been removed.