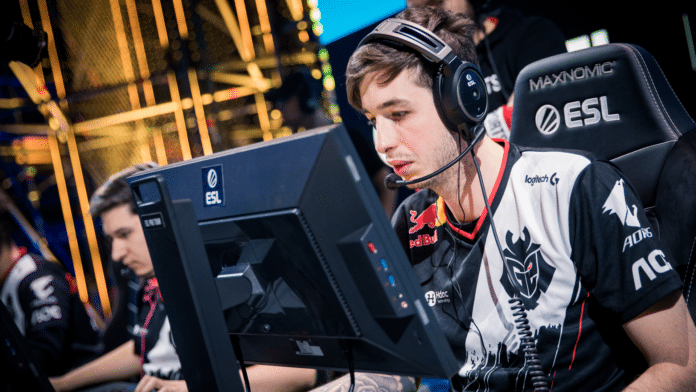 KennyS first became a member of G2 Esports in February 2017, and he played competitively there until March 2021. Since that time, he has been creating content for the organization, primarily concentrating on CSGO although also participates in other games such as VALORANT.

After a brief absence, he returned to competition filling in the shoes of Nemanja “nexa” Isakovi at the IEM: Winter 2021.

After being placed on the bench by G2 in March 2021, kennyS has been unable to compete for the past 18 months. The decision was made after the French AWPer, who had struggled with mental health concerns for years, had a string of disappointing tournament results and a downward trend in his overall performance.

The departure brings to a close the French AWPer’s nearly six-year-long tenure with G2, which began with the formation of the so-called “French superteam” in February of 2017 alongside Richard “shox” Papillon, Dan “apEX” Madesclaire, and Nathan “NBK-” Schmitt.

There were rumors that the Frenchman wanted to concentrate completely on Riot Games’ first-person shooter after having previously put his attention on VALORANT. There were even claims that KennyS was competing in the trials for OG’s VALORANT division in April of 2022, which reportedly never went through.

Together with HEET, Falcons have established themselves as one of the most impressive full French rosters competing in CSGO thus far in 2018. After finishing with a record of 2-3 in the Europe RMR B, the team came very close to qualifying for the IEM CSGO Rio Major 2022. On October 25, the Falcons bid farewell to Bryan “Maka” Canda, clearing the way for KennyS.

In an interview with Dexerto, kennyS stated, “I think I deserve one last chance to finish my career in a way that is not being on the bench. I’m grateful I have the opportunity to do things differently. It feels amazing to be back. I’m really happy,”

Further, the 27-year-old Frenchman has desired to bolster his team’s chances to qualify for the BLAST.tv Paris Major which starts in May 2023.

“I have played so many Majors, and missing the Rio Major was already quite painful. At least trying to qualify for the BLAST Major is something I really want to do. The Paris Major is definitely the biggest objective and something I will grind for,” he concluded.