Counter-Strike: Global Offensive’s Broken Fang operation had almost 16 stars for players to earn over its first two weeks’ worth of missions. Today the CSGO Operation Week 3 missions have been revealed by the game developer with 6 stars up for grabs.

Priced at $15 in the CS:GO store, you can get the Operation pass if you’re interested in redeeming the in-game rewards, which you won’t be able to without the pass. Operation Broken Fang comes to provide you with 16 weeks of worthy and exciting grind where you can get your hands on some newly launched agents, skins and stickers as well.

Week 3 challenges the community with just 4 missions on the board. These four gigs can easily be accomplished in a day’s time. The image attached below bears the set of the brand new missions from the Week 3 which were earlier released by Valve. 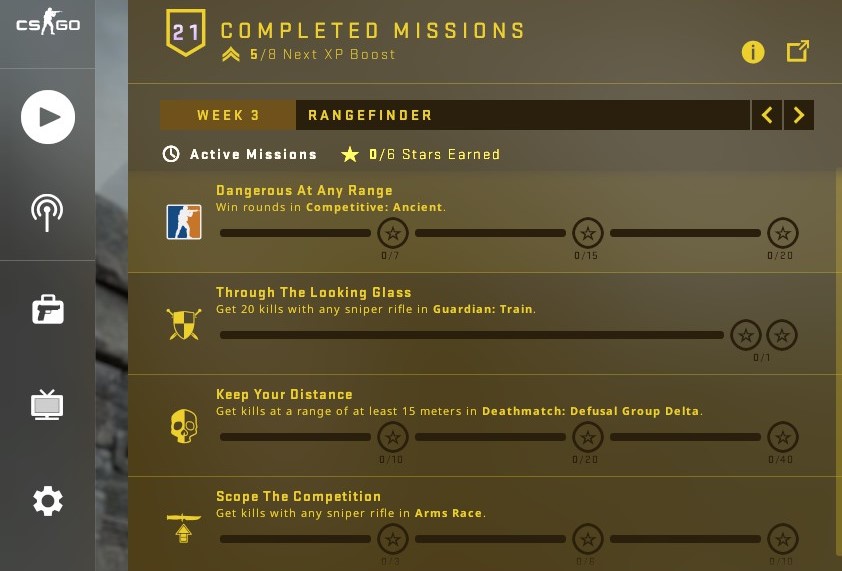 You are left with 6 more days until missions for Week 4 are revealed.

Fortnite: How to participate in Paradise Discord...