Hellraisers beat YaLLa 2-0 in the final match of DreamHack CSGO Invitational Group B. They came into this matchup having already beaten Lucid Dreams earlier. YaLLa picked Mirage while HellRaisers picked Nuke which they also did against Lucid Dreams.

HellRaisers started YaLLa’s map pick on the defensive side, after winning the pistol round, they punished the force buy from YaLLa by stopping their fast A rush. Upon which YaLLa had eco in 3rd round where they decided to go for a mid take but Flaric was there to mow them down as he picked up a 3K. HellRaisers went 4-0 up before YaLLa were able to crack their defense with an eco. Remind and 3AKAROOZ hit some insane shots with the Deagle in the A bombsite to get their first round. The Yalla steamroller didn’t stop until the 10th round when ANGE1 showed up with a 3K shut down their plans to capture the B bombsite. In the 12th round YaLLa planned for an A site execute but a two piece from both ANGE1 and scoobyxie shut them before they could enter the site. They managed to get a hold of the A bombsite in the final round of the first half, but they didn’t check Flaric hiding behind the ticket booth, who swung out to grab the two players all on his own and closed the first half with a 10-5 scoreline favoring HellRaisers.

HellRaisers only needed 6 rounds in the second half to win the first map. They went for a fast connecter to A split play with another player coming from aps. They managed to get a  two-man advantage but Dead managed to get two quick kills to level things and YaLLa complemented on his hard work and found the rest of the players to win the round. In the following round, 3AKAROOZ grabbed a 3K from against a hard eco from HellRaisers. 19th round saw every YaLLa player get 1 kill each to grab their 8th round. 3AKAROOZ and Dead partnered up to get 2 kills each to level the score 10-10. But HellRaisers bounced back in the following round off the back of a 3K from nukkye. This map went to the distance of all 30 rounds and in the final round ANGE1 and nukkye picked up 2 players each to win the map by the skin of their teeth with a 16-14 scoreline. 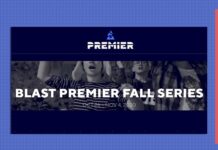 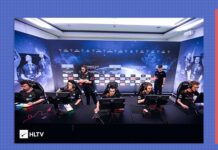