[MISC]
– Fixed the ‘radar spotting enemies through smoke’ mechanic to behave the same regardless of the game server tickrate, and to not reveal enemies on the opposite side of the smoke until the smoke effect dissipates.
– Increased size of rendering queues for OSX and Linux game clients to address crashes when playing Danger Zone.

This update comes after many pro players such as Niko and TACO have voiced their concerns about the bug being exploiting to gain sneaky kills through the smoke by certain players. The player most infamous for abusing this bug is Lukas “gla1ve” Rossander who is the IGL of Astralis. Gla1ve has been found guilty of using a bind which zooms in the radar and allows him to gets kills through smokes easier.

With the new update, the radar no longer shows the enemy on the radar while the smoke is fading and will only reveal their position after the whole smoke fades. Twitter user Don Haci explains this better in his tweet:

For those wondering how the smoke-fade is now:

You wont see a red dot on your minimap until the smoke is FULLY faded now, before this update they would show on the radar while it was fading

A clip of Gla1ve using the smoke radar bug can be found here:

You can read the release notes here. 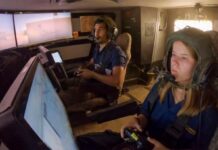