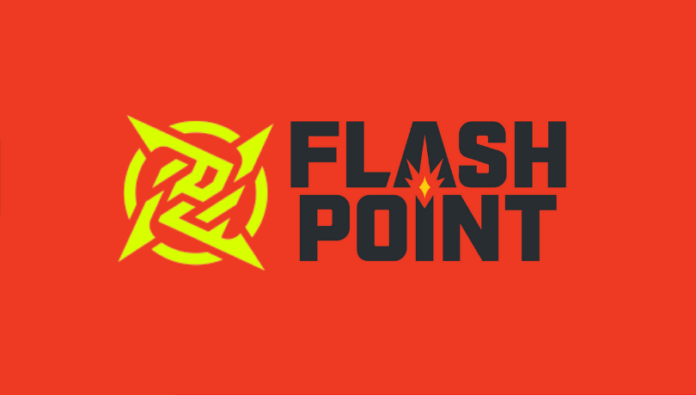 The May 14 Flashpoint 3 showdown between Anonymo and Ninjas in Pyjamas has stirred a new drama across the wider Counter-Strike: Global Offensive community.

On May 14, Anonymo kicked the series favorites Ninjas in Pyjamas to the lower bracket of Flashpoint 3, but the Swedish team has refused to accept the loss. The Regional Major Ranking event pit the star-studded roster of NiP featuring Nicolai “dev1ce” Reedtz against 44 ranked squad of Anonymo. The ball was statistically in NiP’s favor, but a surprise win for the Polish team shocked the fans.

The Hampus “hampus” Poser led roster played the game with 30-40% losses, as revealed by a new recruit dev1ce who expressed his frustration on Twitter. GOTV screenshots showed that the team could barely switch weapons and use utility during their three map game. Multiple NiP members and CEO Hicham Chahine revealed that the admins displayed irresponsible behavior during the pauses and rushed the match despite the ridiculous packet loss.

The team went on to play the series with high packet losses and managed to win only one map. Soon after the loss, dev1ce slammed the tournament organizers for making a hash of the entire game. The newly turned Ninja accused the admins of “immature handling of the situation.”

NiP files a complaint after their loss against Anonymo

As per rule 5.5A, NiP submitted an official complaint to League Operations team regarding the inconveniences caused during their May 14 game. A collaborative effort from NiP and Flashpoint revealed that it was essentially a server issue that caused the packet loss. Flashpoint security settings were partially blocking traffic from NiP to the Flashpoint game server. The investigation asserted that NiP wasn’t exactly at fault as they couldn’t do anything to rectify the situation.

Considering the investigation findings, the organizer announced a rematch on Sunday, which triggered an insane backlash from the wider community. The Counter-Strike: Global Offensive gurus, casters, and professional players came out in support of Anonymo, who later released an official statement refuting the rematch. The release cited that the players had offered a rematch after noticing the packet losses and were willing to change servers as well. The fact that NiP had agreed to play the game regardless makes their win a “fair and square” one.

Apart from all the claims, Anonymo also accused NiP of misusing its power as a prominent esports brand. The statement attested that NiP is pressuring Faceit for a rematch “on a business level”, a claim that Swedish organization turned down as “shockingly misleading.”

Flashpoint scraps the date for rematch

An intrusion from Counter-Strike Professional Players’ Association members and influential community figures had a more significant impact as Flashpoint scrapped the date soon after the announcement. The members of CSPPA also opposed the rematch as the decision was made without the board’s consultation.

The date for the rematch was soon scrapped off from announced initially May 16. The rematch day is still unknown as the matters are likely getting resolved at the backend. Anonymo has also been offered the choice between playing the full BO3 or only the last Map.

The community is leaning more in favour of Anonymo in this situation due to how events unfolded. The new recruit dev1ce had directly targeted the admins both in GOTV chat and on Twitter, which further affirmed Anonymo’s claims of NiP’s powerplay for the fans at least. However, the organization has insinuated business pressure from NiP without providing any proof. There is likely some proof for that claim to hold. Otherwise, it’s a baseless accusation of debasement.

Anonymo is undoubtedly a newer name in esports, raising many questions about how the situation would pan out if the roles were reversed. While everything has been happening by the book so far, fans can’t but wonder if the implications were just as severe if Anonymo had requested for a rematch one day after playing a game despite critical losses.

While Admin made the decision to continue the game by default after changing servers, most players are arguing that postponing the game was the ideal call. A similar incident in last year’s Regional Major Ranking event Road to Rio sets a precedent where ESL postponed the game after Heretics reported a connection problem.

Whatever the case, it’s unfair to blame either team for the recent events. While Anonymo’s reasons for backing out of a rematch are valid, NiP’s one-sided loss in Flashpoint also releases it from blame. For now, fans can only wait for further development in the situation or a rematch.