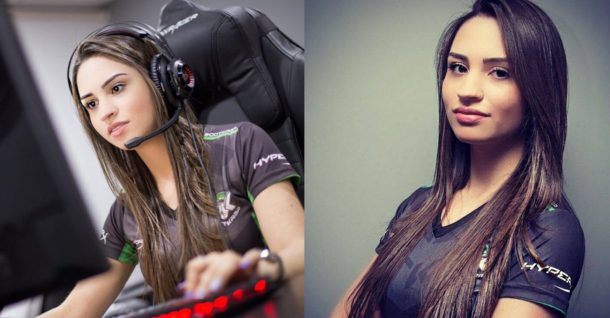 On Tuesday, Column of Leo Dias on UOL  published news that the former CSGO pro Shay Victorio aka shAay was sentenced to 116 years in prison as she was a partner in a company that has scammed more than 100 customers.

According to the column, shAay was a partner in an online retail store that had scammed more than 100 customers from 2013-2017 by not delivering their purchases and denying refunds. The Public Ministry of the State of São Paulo (MPSP) heard 118 people who filed a joint case against shAay and announced their verdict. Currently, Brazilian law allows a maximum of 30 years in prison, in theory, shAay can still challenge the verdict.

In a post an on her Instagram she talked about the accusation and said: (translated using Google translation)

“I appreciate the concern about the news. I am not arrested and I will not be arrested, much less the fugitive as they are spreading. It is a process of a problem in which my ex-husband had and harmed me, in which he has been solving according to the time. As soon as we parted, he took 100% responsibility. I work with my image, I do live broadcasts daily, I am known in my field, I have a physical address. It does not fit in with what is being judged out there… “

Shay was a professional Counter-Strike player for 11 years and last played in Keyd Stars CSGO team before retiring from the competitive scene in May 2019. She has also worked with other Brazilian Esports organizations such as Mibr, ProGaming, paiN, Santos Dexterity, and  Bootkamp. Shay also had a relationship with Fer, player of MIBR between 2017 and 2019 and is currently the girlfriend of Jean Paul, goalkeeper of São Paulo.