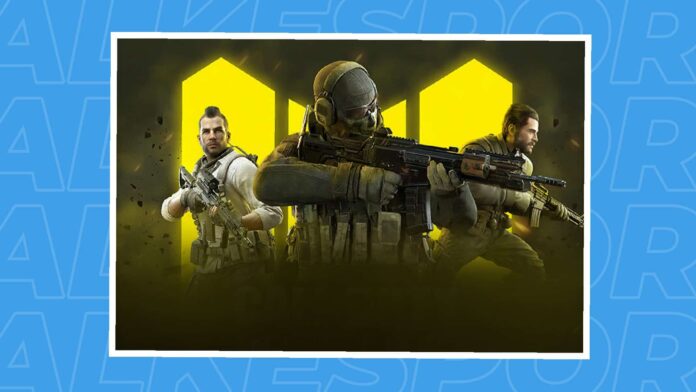 Call of Duty: Mobile provides its players with so many choices of weapons that multiple combinations can be created alongside utilities and scorestreaks. In COD Mobile weapons are an integral part and selecting a perfect gun for every situation is a must for all the players. Here, we will take a look at the weapon tiers and which weapon should you choose out of each tier and why.

Weapons are available in abundance and they need to be unlocked subsequently by completing game missions or particular gunsmith tasks. One can buy a battle pass which offers multiple gun skins. Unlocking a skin also unlocks the basic weapon and hence it is an easy way to stash the weapons. After collecting multiple weapons, its time to choose the correct ones for varied combats. The guns also have an XP rating and you can use cards to upgrade them or just play with the weapon enough to unlock all the attachments. With the attachments, the gun can be more personalized according to your usage.

COD: Mobile weapon tiers indicate the quality of each weapon and starting with S, it is the ultimate category that is most recommended to use. After that, the category goes down till C which are the guns that should be avoided. The guns in the lower categories are not absolutely trash but as compared to the category above, they certainly lack some abilities. The guns in A and B types are average weapons that can be utilized in certain situations but are not always useful.

The most common weapon in this game and an absolute must to put at least one loadout. Assault Rifles are the best weapons to carry around in close to mid-range fights. If you prefer to play modes like Deathmatch and Domination, it is always preferred to use an AR to have a high success rate. The best Assault Rifles in the current meta are DR-H, KN44, and Man-O-War. AK-47 also comes close to these three but its highly unstable recoil pattern makes it an inferior weapon as compared to the other three.

DR-H is recommended when the fights are in close quarters as it can dish out a lot of damage while being stable at an optimal rate. KN44 is a beast with a very high firing rate but Man-O-War becomes slightly superior as per user experience.

There are more stable options like M4 and ICR but with stability, the ability to inflict damage automatically falls, and hence, it is recommended to practice the higher caliber weapons instead of these two which are relatively easy to use.

SMGs are the category of weapons that inflict sudden bursts of damage in very close quarter combats. These guns are perfect when it comes to Deathmatch and especially in smaller maps like Nuketown. All of these SMGs have crazy burst abilities but the guns that stand above are especially Pharoah, QQ9, and PDW-57. All of these guns have a very dangerous fire rate that can absolutely meltdown the enemies but the damage decreases with range. While they can be equally effective in long-range maps if the situations are created likewise.

The weapon which is very heavy to carry around but dish out explosive damage alongside a large number of bullets are known as LMGs. These weapons are not very reliable but one gun stands out, which is known as M4LMG. It is probably one of the best guns in the game which feels as stable as an AR but fires like an SMG with more bullets. M4LMG is the best weapon to take into battlefield modes like ranked Deathmatch.

Sniping is a game of patience, positioning, and quick reflexes in Call of Duty: Mobile. A sniper can be tactically utilized in certain modes like Kill and Destroy but it proves similarly efficient in modes like Deathmatch as well. Within long-range maps, Sniper can be very useful but there are players that like to use it in the mid-range using tactical scopes and fast mechanical skills.

DL Q33 and Arctic are two of the best snipers in the game that provide enough mobility to quickly dash around and proficient ADS speed to quick-snipe or flick your targets. Another big buster is the Bolt-Action Sniper which is more lethal than the other two but the gun cocking after every shot becomes a big disadvantage for the users.

Not the best type of weapon but if you have enough guts, you can pull off awesome plays with these guns. Not only they give a one shot one kill ability but the satisfaction after grabbing a shotgun kill cannot be matched. There are not S-rated shotguns because of their disadvantages but all of them are equally powerful if you use them correctly.

These are our picks of the best guns of every available category and by mixing them with correct abilities and creating layouts, you can dominate your opponents by having a slight upper hand due to better guns.

Also Read: How to find your best sensitivity in Call of Duty: Mobile