Professional CSGO Player Aleksi ‘Aleksib’ Virolainen talks about how Team ENCE have been affected by the news of his departure after the StarLadder Berlin Major.

Aleksib is the in-game leader of ENCE, a Finnish team that rose to fame in early 2019 after a miraculous run in the IEM Katowice Major, taking second place after falling to Astralis, the world’s number one team at the time.

Since then the team performed consistently and then winning BLAST Pro Series Madrid and taking multiple second places they shocked everyone with their new meta and playstyle.

However, as they announced the farewell of Aleksib from Team ENCE and the player has now spoken about the matter.

When asked about the current IGL of the team Aleksib stated that Himself and Allu are sharing that role and just playing with the flow, giving an example of his recent game where he felt great on the Tside giving calls playing his aggressive gameplay once the sides changed they switched roles with allu and kept their calms and won the game.

And then asked about their Bootcamp and the environment there he replied with he replied: “Just a normal boot camp. We played a lot and my mentality was a bit off at first, but I have good composure now and I can keep it up.”

While many question the move, ENCE’s performance didn’t seem to be particularly affected by it, as they demolished AVANGAR 16-5 to secure a strong start to the StarLadder Berlin Major. They’ll play their next match on August 29, against MIBR.

While the on and off due to this, ENCE’s performance and dedication haven’t been affected in anyway, they won pretty easily against AVANGAR 16-5 to secure a strong start to the StarLadder Berlin Major. Their next match is on 29th August even though their opponents aren’t decided yet. 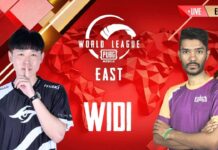